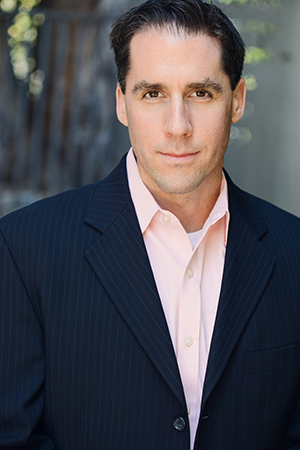 We are pleased to announce that Rabbi Aaron Lerner will officially become Executive Director of Hillel at UCLA on July 1st, 2015.

Rabbi Aaron recently completed his third year at Hillel at UCLA as the Simha and Sara Lainer Senior Jewish Educator. During that time, he helped expand Hillel’s leadership training program to include approximately 150 student leaders who reach nearly 1,700 Jewish students every year at UCLA. He has also played a key role in Israel advocacy and education on campus and in the national arena.

He is passionate about creating an inclusive and empowered Jewish community and will seek to advance Hillel’s many opportunities for engagement in the arts, in community learning, and for supporting students at UCLA. Aaron believes that Jewish tradition enriches and informs every aspect of life, and he particularly enjoys encouraging college students to apply Jewish values as they grapple with life’s major questions during their most formative years.

A Wexner Graduate Fellow, Aaron received ordination from Yeshivat Chovevei Torah with an emphasis in education. Prior to entering the world of education, Aaron worked for more than a decade in commercial real estate finance after graduating from USC’s Marshall School of Business.

He and his wife, Dr. Rachel Lerner, are blessed with three daughters, Lily, Gavriella and Ziva.

Rabbi Aaron is eager to connect with you. He can be reached at rabbiaaron@uclahillel.org. 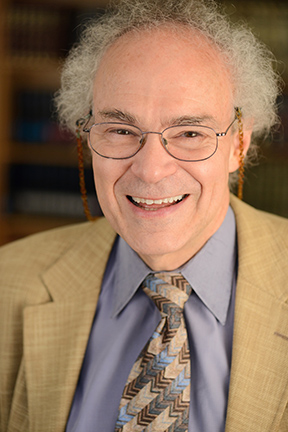 Just as we are pleased to present Rabbi Aaron as our new Executive Director, we are moved by the retirement of Rabbi Chaim Seidler-Feller who has been a strong and compelling presence at Hillel for 40 years. He has been a guide and teacher to thousands of UCLA students, a rigorous colleague to faculty and administrators, and a thought leader for our community.

Here are just a few highlights from Rabbi Chaim’s tenure:

• Has been a sought-after teacher of Jewish thought, grounded in his own studies with Rabbis Joseph Soleveichik and David Hartman, and has positioned Hillel as a center for learning and cultural enrichment.

• Built the Yitzhak Rabin Hillel Center for Jewish Life, raising $11 million to make the dream a reality. The building contains its very own Coffee Bean and expanded Hillel’s capacity to support Jewish life at UCLA exponentially.

• Created the Streisand Center for Jewish Arts, the precursor to the Dortort Center for the Arts at Hillel, which presented an annual award for the best film made by a student on a Jewish theme (two of which went on to be shown on PBS) and attracted renowned lecturers to campus.

• Founded Jewish Arts Festivals which attracted grants from UCLA to support cultural creativity and the arts and featured Chava Albershtein, Elie Weisel, Roman Vishniak, and others.

• Developed The Hartman Fellowship for Campus Professionals, which cultivates a select cohort of early- and mid-career Hillel professionals as thought-leaders in their local communities.

• Hosted thousands of students, faculty and community members at his home throughout the years for dinners, celebrations, study groups, and the Wellworth Minyan, which helped crystallize the larger UCLA Jewish community.

• Edited the Hillel Siddur, a model of pluralist spirituality used at Hillel for over 35 years.

• Brought the Jewish Learning Initiative on Campus (JLIC) and kosher food to our Hillel, establishing a strong Orthodox community at UCLA.

• Supported students in promoting various social justice initiatives that provided for the hungry, disenfranchised and marginalized populations in need.

• Founded the Persian Hillel Group through which hundreds (if not thousands) of Persian students came to Hillel and sought support for programs that perpetuated Persian culture and facilitated Persian integration into campus Jewish life and American society.

• Pioneered a progressive approach to women’s issues in Jewish life on campus and in our community.

• Established the Jewish Faculty Association so as to create a vibrant Jewish academic community on campus.

• Amassed what we assume to be the largest collection of Jewish books outside of UCLA’s Charles E. Young Research Library.

• Initiated an AIPAC-award-winning Fact Finding Journey which took 21 UCLA student leaders, mostly not Jewish, to Israel and the Palestinian Authority in 2015.

• Has been a valued instructor for the Center for Jewish Studies (Near Eastern Languages and Cultures Department) at UCLA for the past 15 years.

While Rabbi Chaim is officially retiring as Executive Director, he will not leave Hillel at UCLA just yet. We are pleased that he will be taking on a key Emeritus role in the year ahead and will maintain a new office on our second floor.

He can still be reached at rabbichaim@uclahillel.org, and mail can still be sent to his attention at our building on Hilgard.