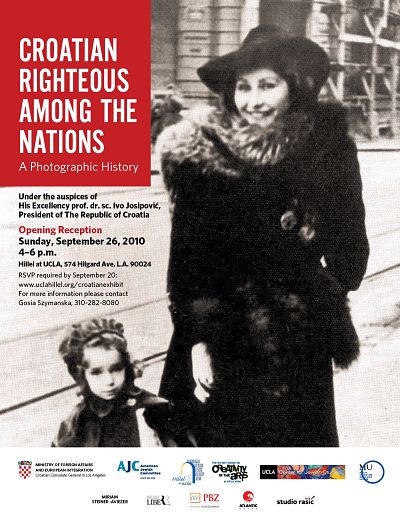 Croatian Righteous Among the Nations

"Righteous among the Nations" is an official title awarded by the Yad Vashem Museum in Jerusalem on behalf of the State of Israel and the Jewish people to non-Jews who risked their lives to save Jews during the Holocaust. The title is bestowed by a special commission headed by a Supreme Court Justice according to a well-defined set of criteria and regulations. By 2010, over 23,000 individuals from 45 countries have received this honor; of those, 102 are Croatian.

The Yad Vashem Law authorizes Yad Vashem to confer honorary citizenship of the State of Israel upon the Righteous Among the Nations and commemorative citizenship if they have passed away in appreciation of their acts.

Hillel at UCLA is proud to be the first institution anywhere to open this important photographic exhibit. His Excellency prof.dr.sc.Ivo Josipovic, President of the Republic Croatia, will be our guest of honor and will be opening the exhibit.

This exhibit was prganized by the Ministry of Foreign Affairs and European Integration of the Republic of Croatia, the Museum of Arts and Crafts, Zagreb, the Croatian Consulate General of Los Angeles, and the American Jewish Committee. 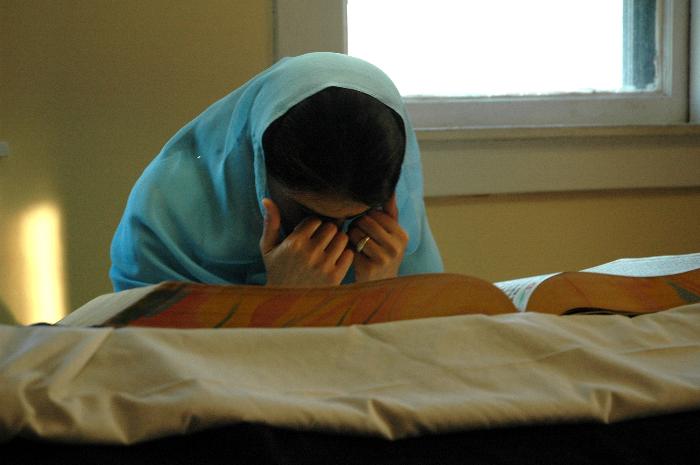 Photographer and artist Michele Silver presents her outlook on women of different faiths, from judaism to Islam to Christianity and others and the importance of hair covering.

"There have been those who have admired my choice of covering my hair and keeping my traditional values, while others have found my choice archaic and quaint. This is why hair covering is so important to me, and I strongly empathize with women of all faiths who choose to cover their hair. I applaud their effort to maintain their modesty and tradition, as they honor their religion in a secular world."- Michele Huttler Silver from her book Women and Hair Covering.

Concering Art and Religion & Requiem for an Executed Bird

Junko Chodos was born in 1939 and raised during World War II in Japan. "As an artist I strive through my art to reach a center and encounter Divine Presence there, where people go beyond the barriers of ethnicity, gender religious denominations, dogma and confined ideas of blood and soil."

Ms. Chodos' works have been shown in museums and galleries nationally and internationally including the Tokyo Central Museum, the Galeria Artica, in Cuzhaven, Germany, the Laguna Beach Museum of Art, the Asian American Arts Center in New York, and the Pacific Asia Museum in Pasadena. 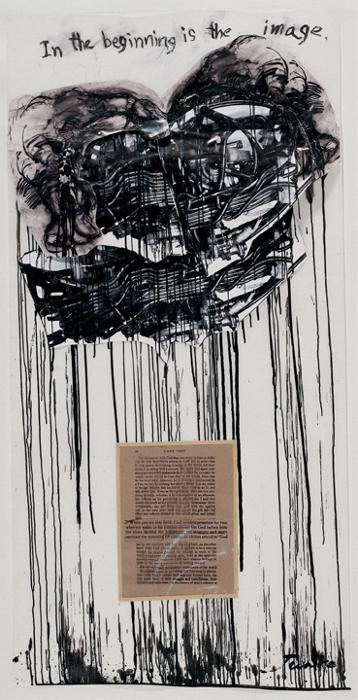 Symposium on Art and Religion in conjunction with Junko Chodos' exhibit

The search for "ultimate truth and meaning" is often considered to be the essential business of religion. But might not art also provide an avenue for this same pursuit? Indeed, inspiration and revelation, however conceived, are often said to play an equally essential role for the artist as for the religious visionary. Is art then an alternative to religion? Can art serve as a basis for creating a sense of community and shared purpose without relying on religion? Or are art and religion in fact complementary and even overlapping forces in shaping human life?

Living as we do in a post-Enlightenment age, when the authority of traditional religious texts and practices has been undermined in many quarters by radical doubt but the search for sources of enlightening inspiration remains undiminished, we take this opportunity to explore the complex relationship between art and religion in our contemporary world. 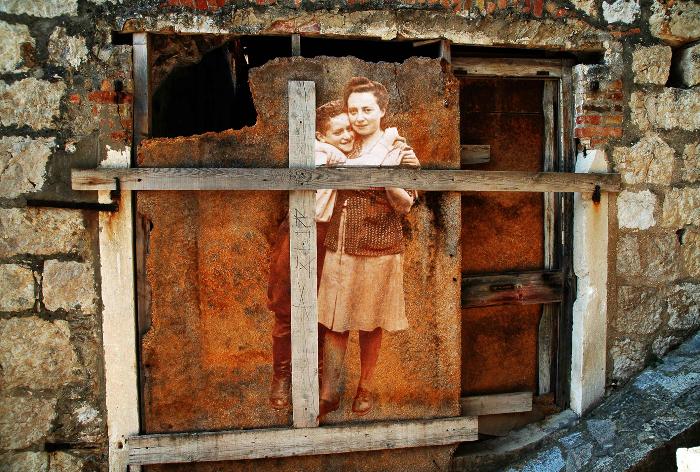 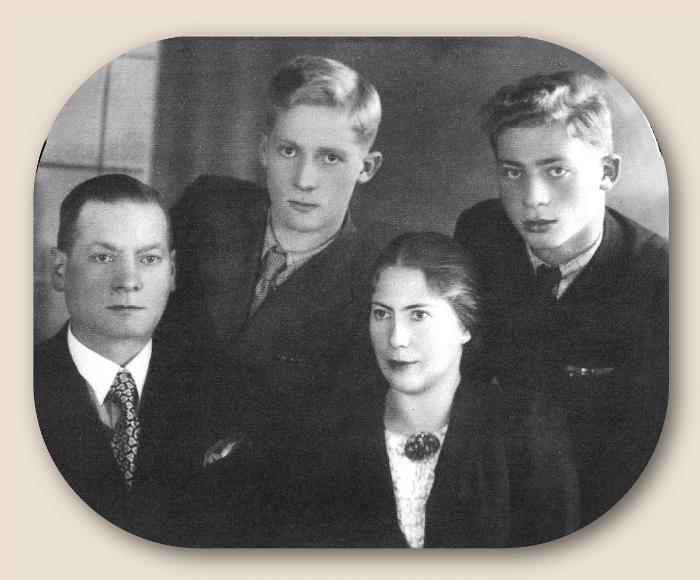 "Our Families" introduces viewers to Jewish communal and personal history through The World That Was, photographs of Jewish family life in the 19th and 20th century Europe. The photographs reveal the daily lives, professions and celebrations of ordinary families, families like "our own." Each photograph is a personal treasure of an individual who survived the Holocaust. For many, it is all they have of their families. Their stories are told in the text that accompanies each picture. Although some people in the photographs survived, most did not.

This photographic exhibit has been generously sponsored by the "1939 Club", one of the oldest and largest organizations of survivors. This organization was founded in 1952 by 14 Holocaust survivors and has since then grown to nearly 1000 memebrs. Twenty years ago, the Club established the first Chair in Holocaust studies at UCLA; the first such Chair in the country at a public university. Because of the Club's established chair, students have been given the opportunity to take classes in Holocaust studies and many have continued their education through fellowships provided by the "1939 Club".