Congratulations to Our Student Award WInners! 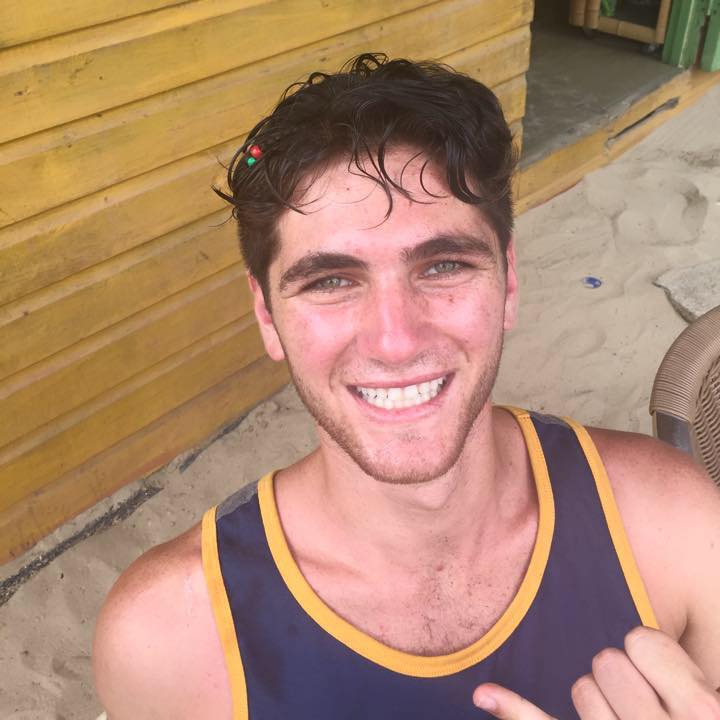 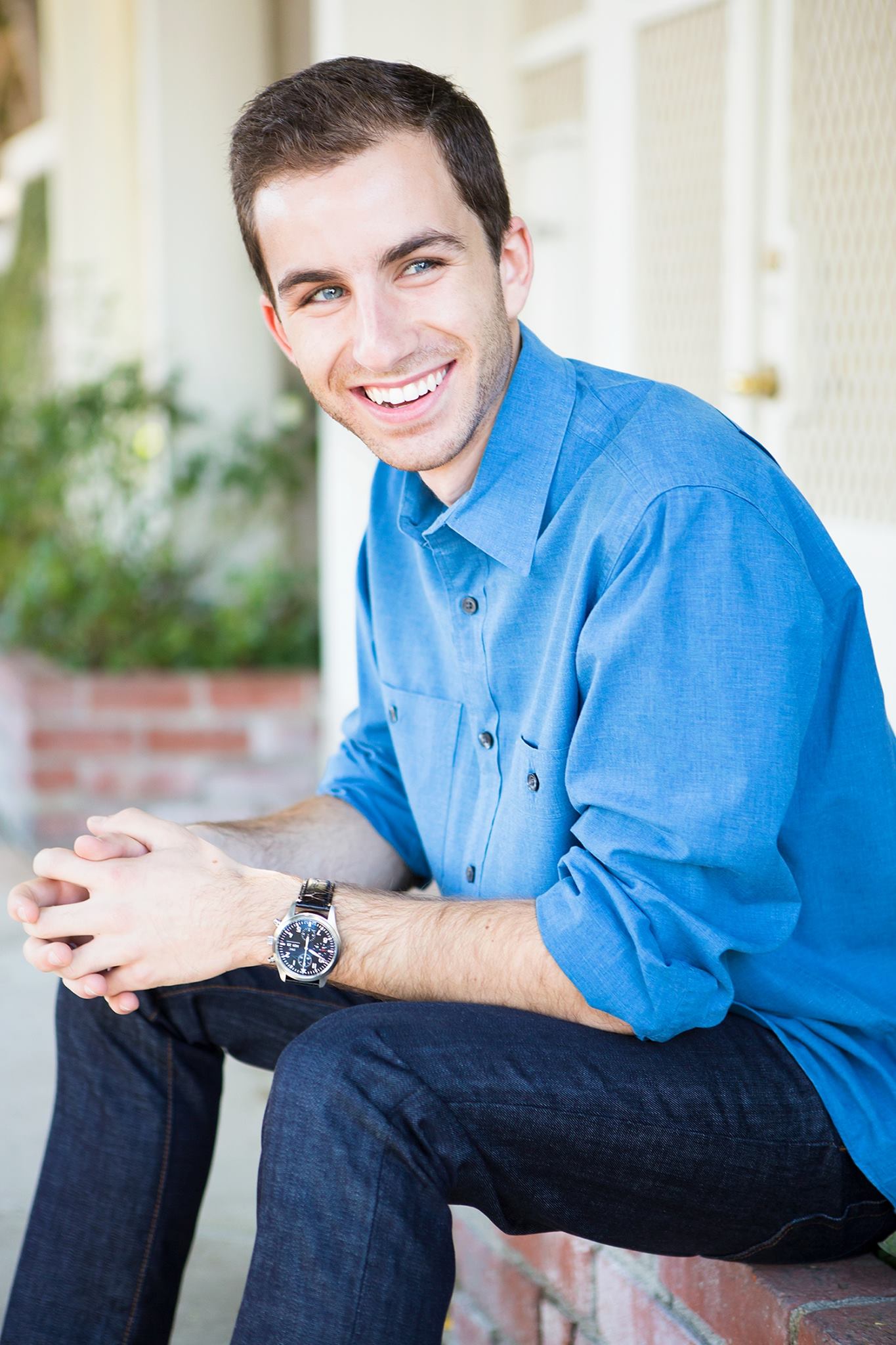 This award celebrates students who demonstrate excitement to take risks and pioneer change. The midrash, Rabbinic stories told to expand on the Bible, teaches us that although Moses parted the Red Sea for the people of Israel to cross through to freedom, it was Nachshon whose courage and bravery to walk into the sea up to his nose actually made the water split. It is this readiness and willingness to embrace the unknown that inspires this award, and an enthusiasm to try new things that distinguishes those students nominated.

This first recipient demonstrated innovation in shaping the conversation around Israel on campus by providing students with the tools to be effective campus activists, to learn from civic leaders, and to utilize social media and marketing to discuss our connections to Israel in new ways. We are thrilled to present the Nachshon Award for Innovation to Eytan Davidovits.

Words that many of you used to describe this next recipient are: “courageous,” “ambitious,” “passionate,” “great kid with amazing ideas.” Due to his creativity and effort, Jewish Bruins have had the opportunity this year to explore Shabbat off campus by hiking, kayaking and camping. For his leadership and initiative in creating Chai on Life, we are excited to present Noah Lizerbram with the Nachshon Award for Innovation. 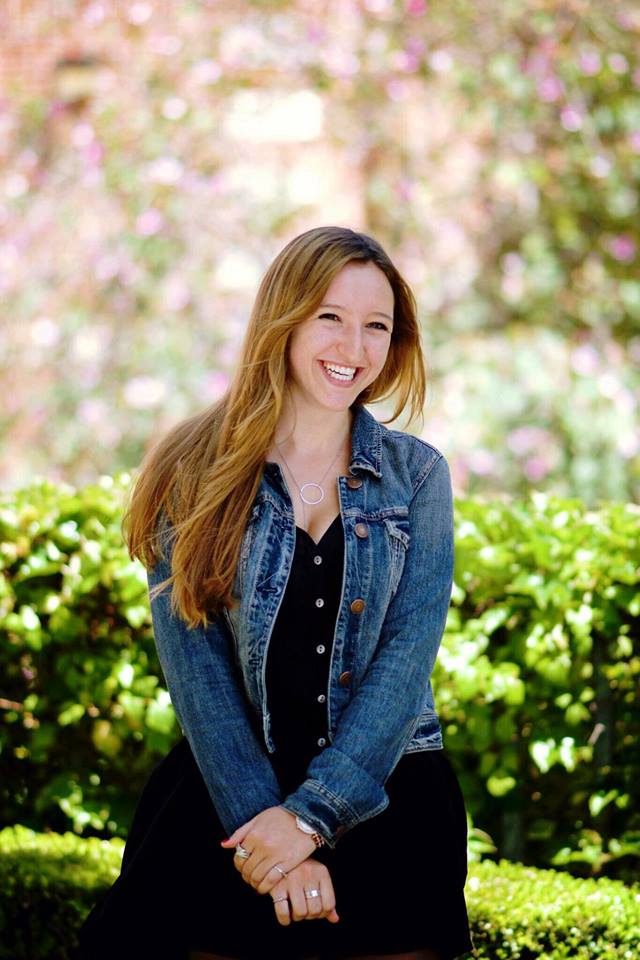 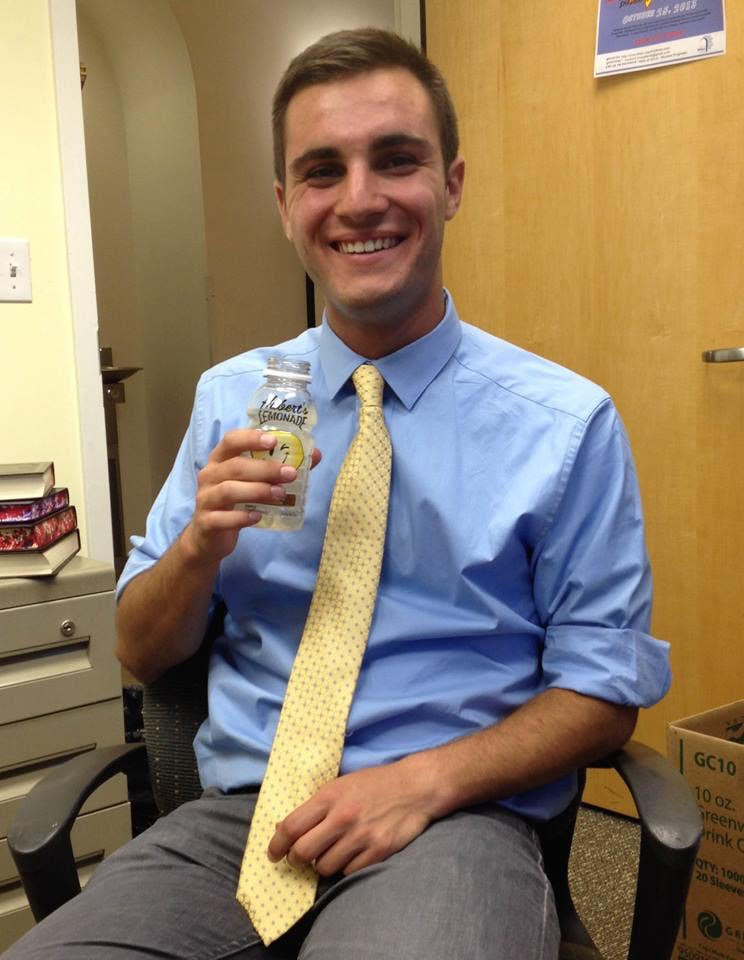 This award recognizes students who are fully present and invested in Hillel. The term Hineni, meaning “Here I am,” or “I am here,” appears multiple times in the Torah and signifies the utmost expression of presence. The students nominated embody Hillel at its core, they display deep understanding of our values and consciously commit to being present and to connecting to those in our community.

When writing about this first recipient, one of you said that she “makes everyone feel welcome and engaged, no matter what their background or knowledge level is.” With her team, she works tirelessly to ensure that when we step into Shabbat each week, we are entering a space that inspires our connections to each other and Jewish Bruin life. Congratulations to our first Hineni Award recipient, Brooklyn Michalowicz. 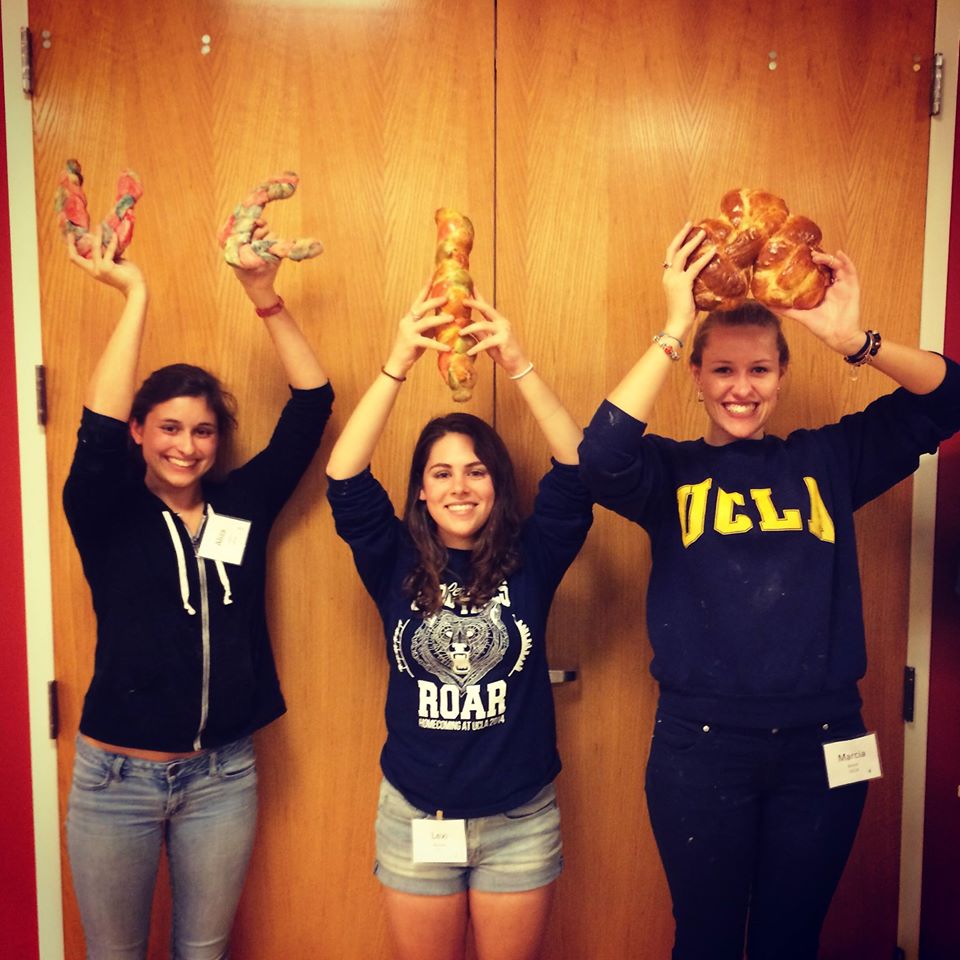 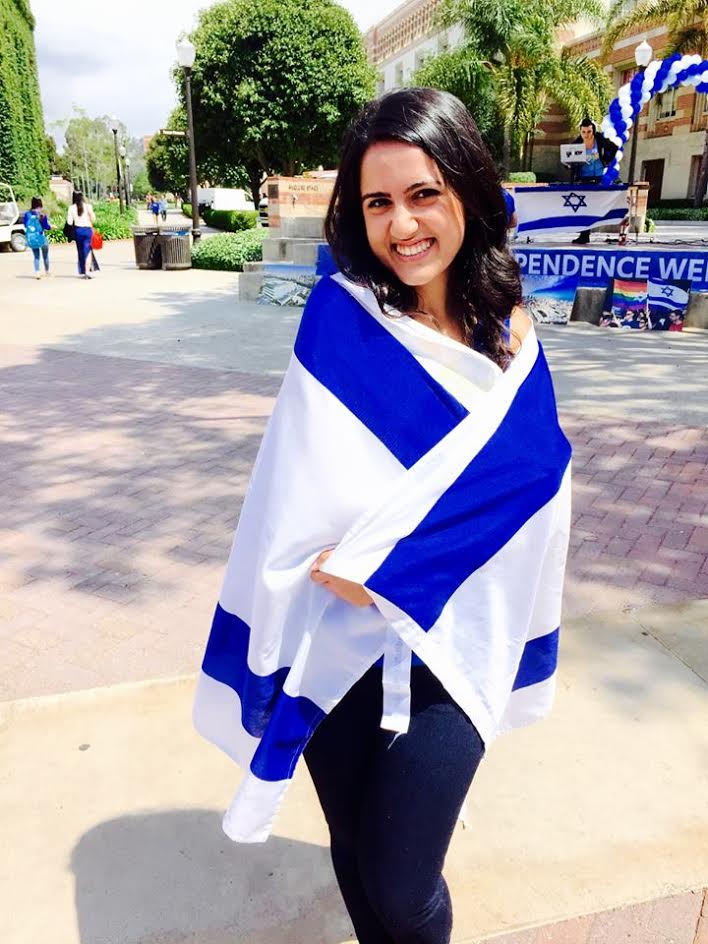 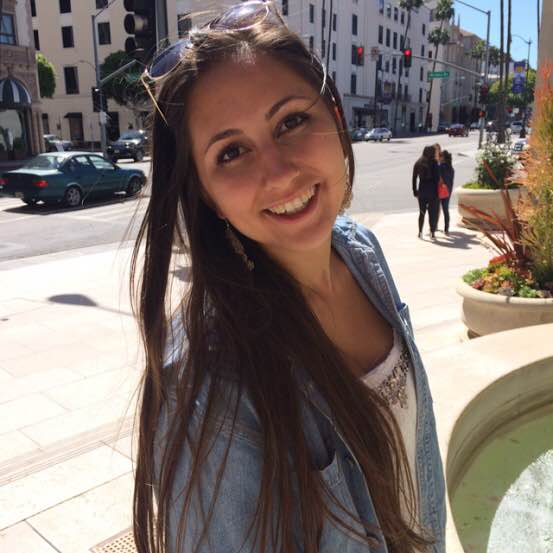 This award applauds first or second year students whose potential are only beginning to be witnessed here at Hillel. Often times the most beautiful flowers are those who begin to show grace as a bud, or nitzan in Hebrew. Similarly, it’s exciting to see young leaders beginning to emerge at Hillel, beginning to show what they’re capable of and giving us a taste of what’s to come.

Every Wednesday, this student works on a team to crank out hundreds of challahs for UCLA students to support important Jewish causes. As a freshman, she was excited to re-start this process, and as one of you wrote “She has shown dedication (in serious, long hours!) to make Challah for Hunger into a successful, thriving micro-community.” It for this that we are thrilled to present the first Nitzan Award to Aliza Levin.

One of you best summed up this recipient by saying: “In less than a year, she has influenced and educated people on and off campus about the issues we face as well as how to best advocate for Jewish Student Life and the State of Israel. She's younger than me but is so inspiring and a role model too, as there is so much to learn from her as a leader.” We are pleased to present this next Nitzan Award to Arielle Mokhtarzadeh.

This last Nitzan Award goes to a first year student who jumped in as an active participant and leader in the Jewish Bruin Community before even moving on campus. She has excelled at the art of engagement and welcoming, and as one of you wrote “She is kind and compassionate to everyone she meets and takes the effort to make everyone feel included.” We are excited to present the Nitzan Award to Leah Moyal.

Ruth Award for Commitment to Community 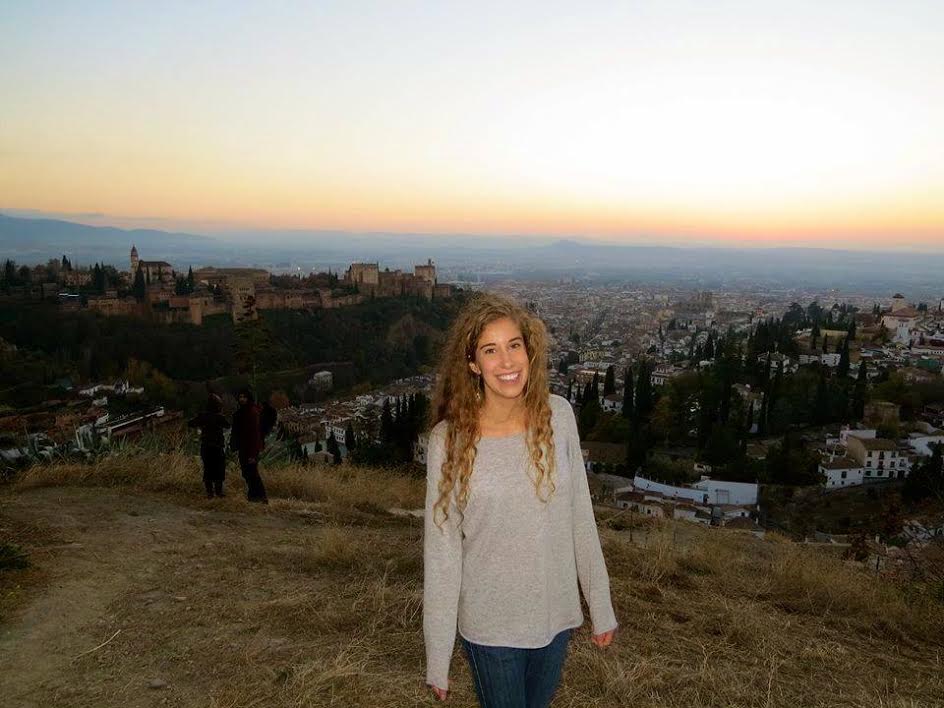 This award acknowledges students whose involvement reflects a selfless contribution to Jewish Bruin Life. Their actions speak louder than words, and their deeds reach far beyond what’s noticed. Much like Ruth, whose story we remember and recount during the upcoming holiday of Shavuot, these students make a commitment to a cause much greater than themselves, and do so with all of their heart.

This year’s recipient of the Hineni Award has worked relentlessly to better the Jewish community at UCLA. She has committed herself completely to Hillel, and leads with optimism, humility, inclusion and responsibility. She has put in countless hours to ensure that both the biggest pictures and the smallest details are taken care of. Most admirable is her ability to connect with every student she meets to make sure that they feel comfortable at Hillel and appreciated as members of our community. Simply put, “you can’t get more committed and invested in Hille”l than the recipient of this year’s Hineni Award, Natalie Charney.