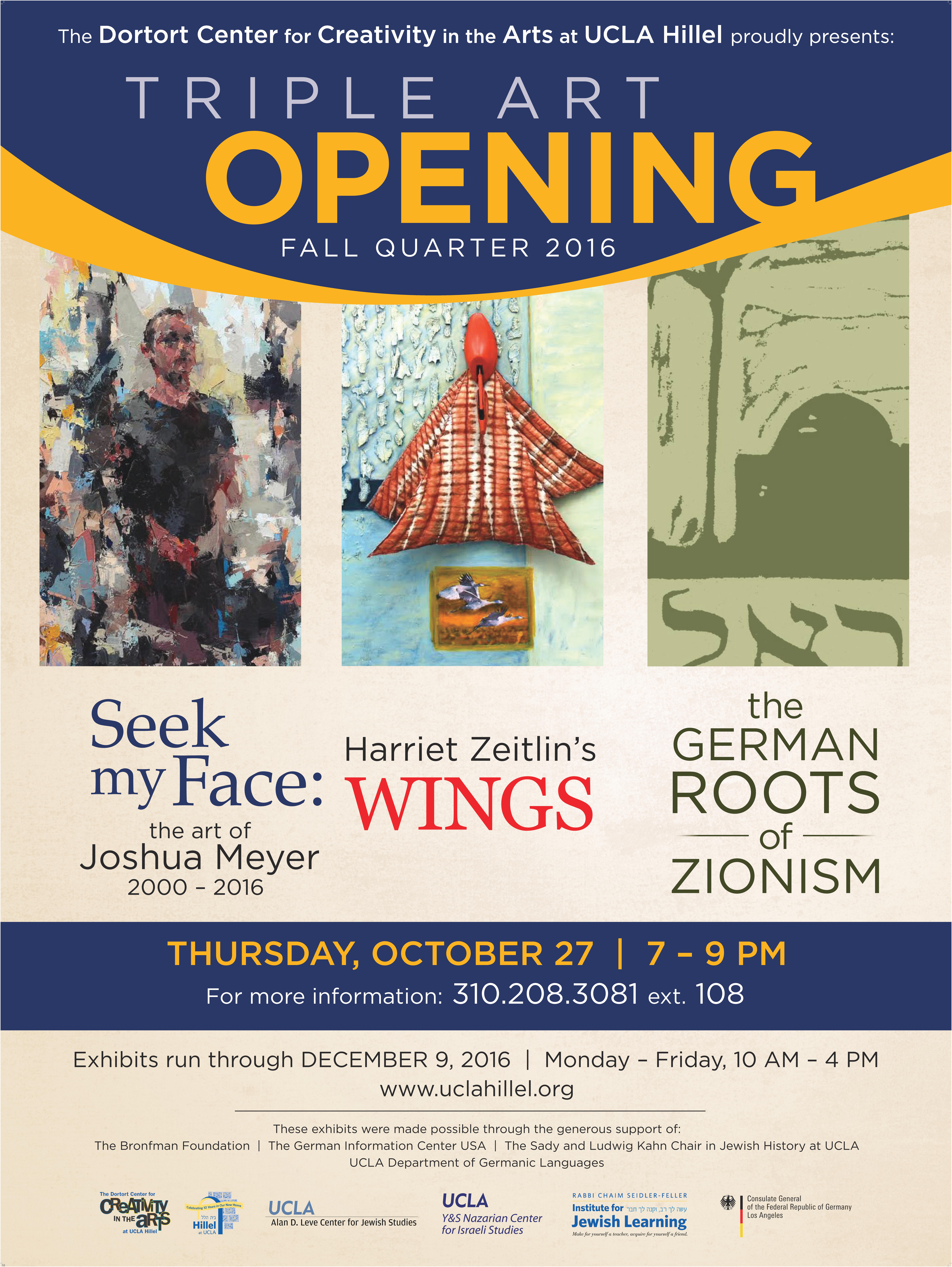 Join us for this fall quarter's Triple Art Opening featuring:

"Seek my Face: the art of Joshua Meyer 2000 - 2016":
Artist Joshua Meyer is known for his thickly layered paintings of people, and for a searching, open-ended process. The Cambridge, Massachusetts, artist is the recipient of a Pollock-Krasner Foundation Grant as well as the Sustainable Arts Foundation Award, and a Painting Fellowship from the Massachusetts Cultural Council. He studied art at Yale University and The Bezalel Academy in Israel. The artist's work has been shown in galleries and museums across the United States, Europe and Asia.

"WINGS" by Harriet Zeitlin:
Harriet Zeitlin received a full scholarship to the Pennsylvania Academy of the Fine Arts where she majored in painting and participated in a coordinated course with the University of Pennsylvania. She received a BFA at its completion while also attending the Barnes Foundation for lectures in the Traditions of Painting. She has lived in Los Angeles, New York, Washington D.C., and Paris. She has had 25 solo shows and has participated in 100 group shows. Ms. Zeitlin has won both a California Arts Council Grant and City of Los Angeles Cultural Grant.

"the German Roots of Zionism": An Educational Exhibition:
The dream of refuge from anti-Semitism, freedom from the arbitrary dictates of despots, and a place for Jewish religion and culture to flourish gained in popularity in the late 19th century. Yet, some of the most potent and enduring expressions of the Zionist vision emanated from assimilated Jews in cities like Vienna and Berlin, where Jews enjoyed unprecedented rights and prosperity in this period. The organizational and financial capacity of the early Zionist movement was rooted in German lands, and German was the lingua franca for a global conversation about the future of the Jewish people. This exhibit was organized by the Leo Baeck Institute and has been made possible by the support of the German Information Center USA.