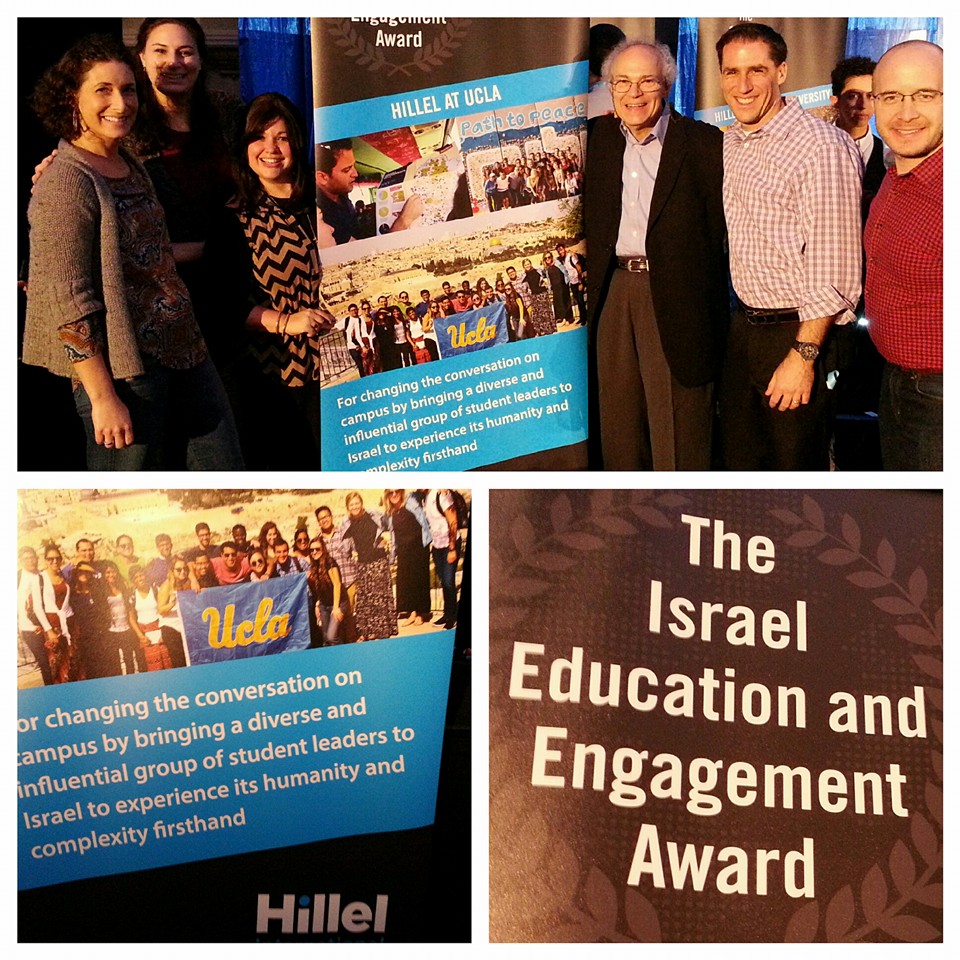 We are thrilled to announce that Hillel at UCLA received two wonderful honors at this year's Hillel International Global Assembly! The event brings together professional staff from Hillels throughout the country for professional development and networking, culminating with an awards banquet showcasing the best of the best in Jewish life on campus.

This year, we were honored with the Israel Engagement and Education Award in recognition of our Fact-Finding Mission to Israel for non-Jewish student leaders. We're so grateful to all of the people - students, staff, donors, and lay leaders - who worked so hard to make this happen!

Additionally, we congratulate Rabbi Aryeh and Sharona Kaplan of our Jewish Learning Initiative on Campus for their honor.  They received the Richard M. Joel Exemplar of Excellence Award, named in honor of former Hillel President Richard M. Joel, which is presented to individuals who emulate Joel's devotion to professionalism, extraordinary faithfulness to Jewish principles, a profound interest in the welfare of friends and colleagues, and a passion for connecting new generations to the joy of Jewish living. Mazel Tov! 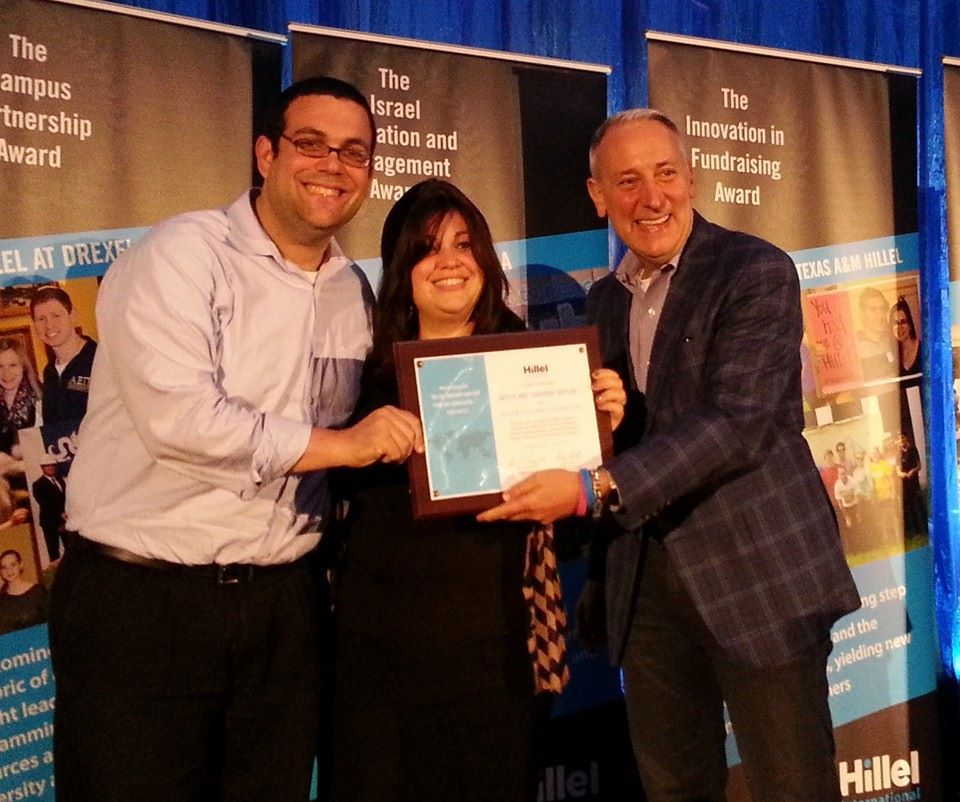