Our Students Protest Extremism on Campus

Our Students Protest Extremism on Campus 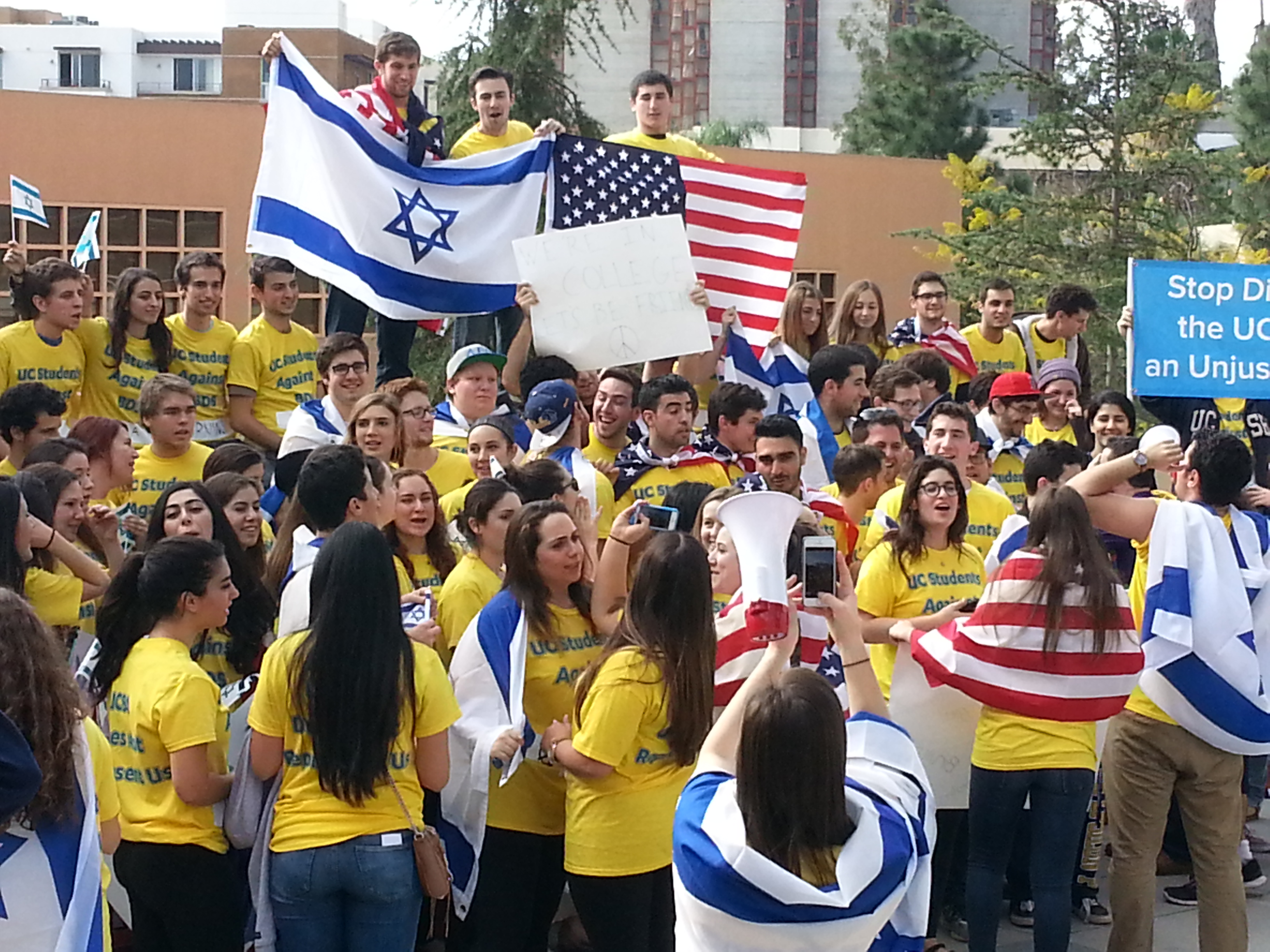 Yesterday, the University of California Student Association board, which purports to represent more than 230,000 students in the UC system’s 10 campuses, approved a resolution that calls on the UC Regents to financially divest from the United States.

Yes, you read that correctly. The elected student leaders, now well known in our community for targeting Israel, are now attacking their own country.

For those of us who have been following these issues closely on campus, this comes as no surprise. After all, the anti-Israel student groups have been successful in passing Boycott, Divestment, and Sanctions (BDS) resolutions only because they have partnered with other radical and marginal groups to create coalitions in which each group supports one another’s special interest projects. For instance, the students who want immigration reform to be one of UCLA’s student government priorities promise the Students for Justice in Palestine that they will vote for BDS as long as when it comes time to vote on their bill, the favor will be returned.

This coalition then runs for election on a supposedly progressive platform, brings out their voters en masse, and succeeds in essentially colonizing various student leadership groups. When their leadership foothold is established, the being to use the group’s to pass their radical initiatives one after another.

Thankfully, in voting to divest from the United States of America, they have helped clarify how incredibly extreme and marginal they are. In fact, any polling of the more than 200,000 students in the UC system will reveal two facts.

That’s why Jewish student leaders from across the state worked with Hillel and Bruins for Israel to organize a highly visible protest outside of yesterday’s meeting.

The video linked here, which I shot on my cell phone, has been viewed more than 73,000 times in the past 24 hours.

We are proud of the student leaders and their continued resilience against a highly organized, well-funded, and extremely passionate opposition. This is the 4th time in the past 12 months that they have fought against these pernicious efforts, and our students will not back down.