From 1933 to 1941 Shanghai accepted around 18,000 Jewish refugees fleeing from the Holocaust in Europe. By the time the Second World War ended in 1945, most of the Jewish refugees had survived. Holocaust historian David Kranzler called it the "Miracle of Shanghai."

In the "Tilanqiao Historic Area" the original features of the settlement are still well preserved. They are the only typical historic traces of Jewish life inside China during the Second World War.

The exhibit is made up of 45 exhibitions boards comprised of archival photographs, texts, as well as old books and historic documnets.

Cosmopolitan Shanghai, and international conference on Shanghai culture on Ocotober 27 will put this extraordinary exhibit in context. Panelist will focus on music, literature, visual arts and urban culture in the 1920's, 30's, and 40's, and the interchange between Chinese and Western elements. The conference will include two panels: "Cosmopolitan Sounds and Jewish Music in Pre-1949 Shanghai" at 11:00a.m. with talks by Tang Yating of the Shanghai Conservatory of Music, and UCLA Ethonomusicology Professor Li Qi; and "Transnational Shanghai, Modern Metropolis" at 2:00p.m. with talks by Yomi Braester (U. of Washington), Bryna Goodman (U. of Oregon), and Wen-Hsin Yeh (UC Berkely). An opening celebration will follow at 4:30 p.m. with remarks by C. Cindy Fan, Vice Provost of the UCLA International Institute, Yunxian Yan, Director of the UCLA Center for Chinese Studies, Steven Hochstadt from Illinois College, and Peter Loewenberg, a UCLA Professor emeritus who spent his early childhood in Shanghai. 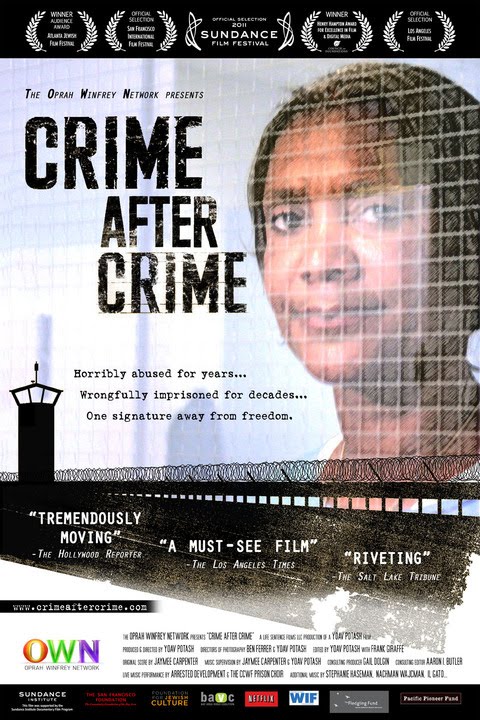 Crime After Crime By Yoav Potash

The documentary tells the dramatic story of the legal battle to free Debbie Peagler, a woman imprisoned for over a quarter century due to   her connection to the murder of the man who abused her. Filming in and out of prison for over five years, filmmakers Yoav Potash methodically documented this story as it unfolded. With exclusive access to Debbie Peagler and her attorneys, "Crime After Crime" tells the unforgettable story of a relrentless quest for justice.

Following the screening there will be a Q&A with Yoav Potash (director) and Joshua Safran (attorney in film and author of "Free Spirit"). Reception to follow.

This program was generously underwritten by The Martin London Fund.

Hillel at UCLA presents Professor Sarunas Liekis from the Vilnius Yiddish Institute at Vilnius University in Vilnius, Lithuania. He will be lecturing on Lithuanian Jewry 1918-1940, From National Autonomy to Near-Destruction.

Professor Lieki is the Executive Director of the Vilnius Yiddish Institute (VYI) and Professor and Dean of the Faculty of Political Science and Diplomacy at Vytautas Mangus University in Vilnius, Lithuania. Liekis has his PH.D from Brandeis University where his thesis focused on the creation and ultimate failure of the autonomous Lithuanian Ministry of Jewish Affairs. His thesis was later published as A State within a State? Jewish Autonomy in Lithuania, 1918-1925.

Professor Liekis has also authored 1939, a study of that momentous year for Lithuania and its Jewish citizens. Among its contributions, 1939 captures the distinctly different narratives of that year's events by Lithuanians, Poles, Jews, Russians, and Belarusians. Most recently Professor Liekis co-editied with Antony Polonsky and Chaeran Freeze of Brandies University Volume 25 of Polin, Jews in the Former Grand Duchy of Lithuania since 1772. This 509-page volume is an invaluable source for Lithuanian Jewish history and culture. 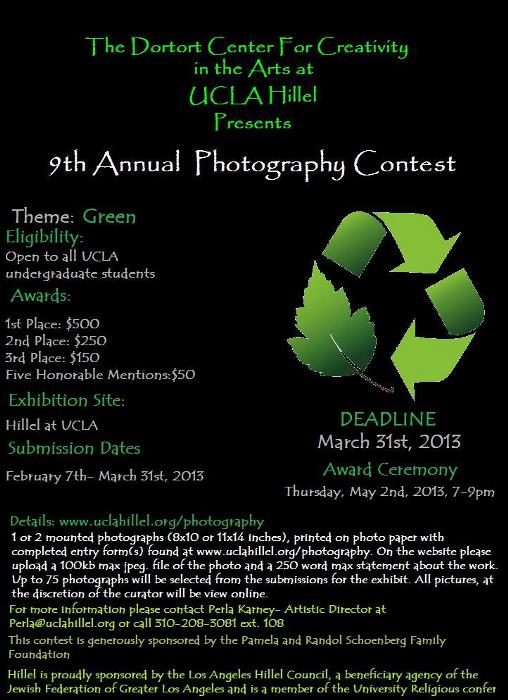 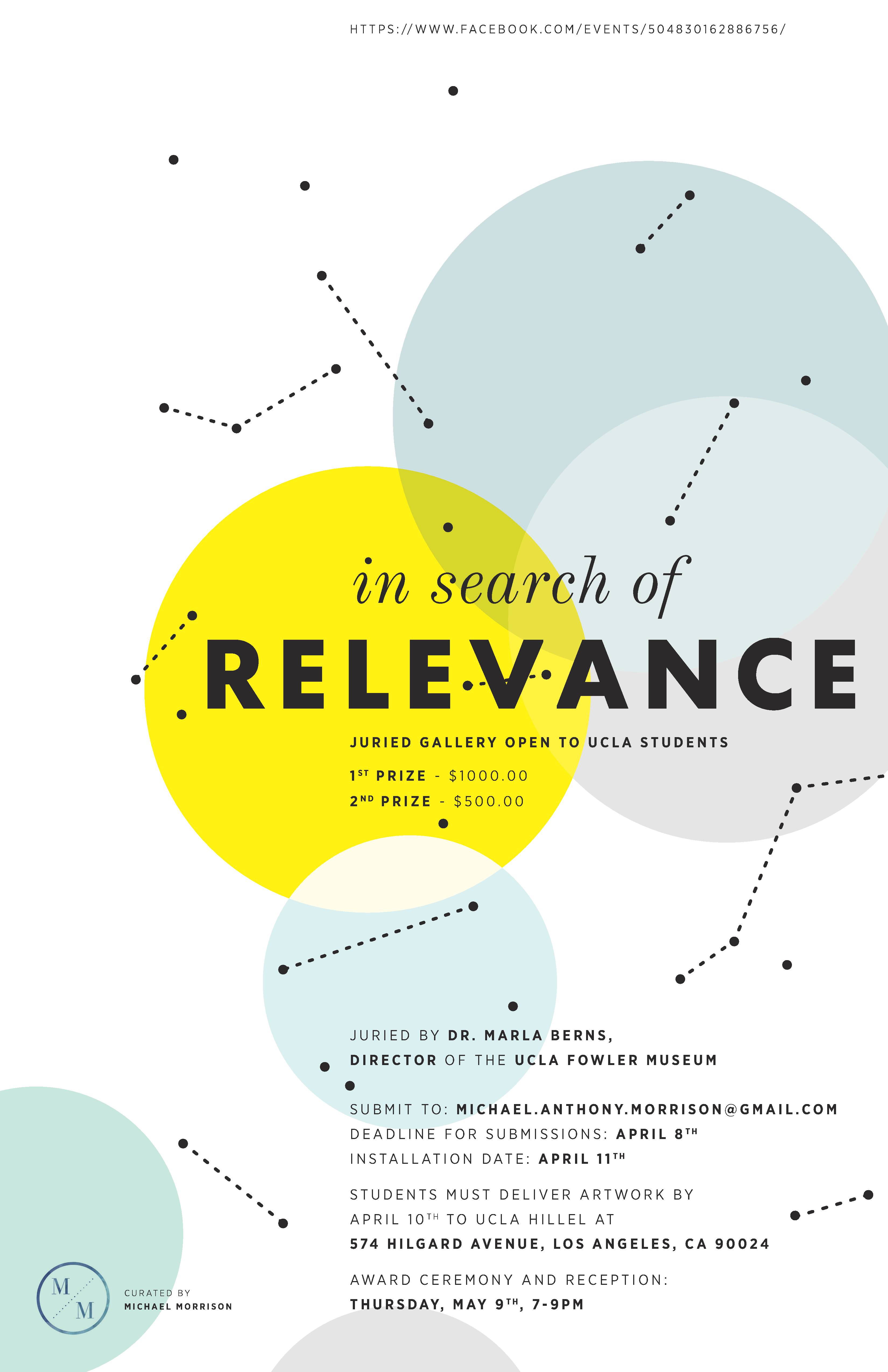 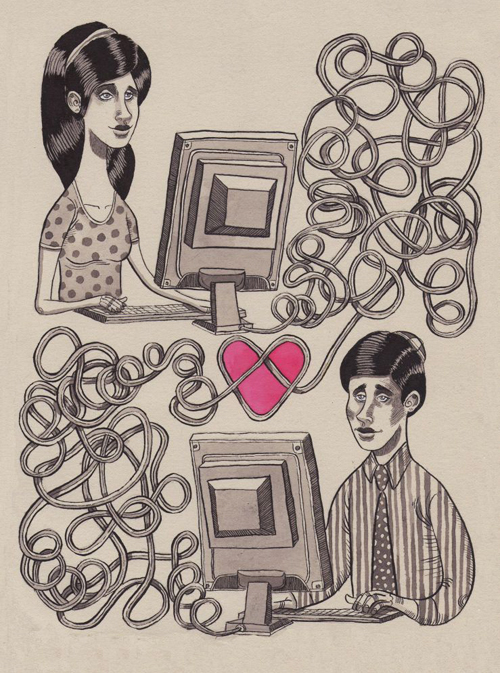 Notes from the Tribe is a series of illustrations depicting various Jewish traditions and experiences, as well as characters from the Torah. Inspired by the golden age of cartooning and using patterns found in classic Judaica, the goal is to create a contemporary Jewish body of work whose perspective is uniquely American.

Biography: Los Angeles-based artist Will Deutsch was raised in Orange County and studied Fine Art at UCLA. His works, which range in medium from paper and paint to glass sculpture to performance, explore themes of identity mediated through cultural institutions. Will was awarded the first SEDER microgrant, with which he created a bi-annual Jewish arts and culture zine that will be distributed throughout Los Angeles later this year. 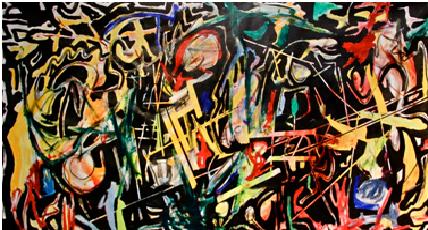 Exhibit: Alain Rogier's Graffiti of the Mind and Other Dreamscapes

Alain brings into his work a personal history of family that met in Auschwitz and emigrated to Glendale, California from Paris, France. Alain practiced family law for many years and was recognized as "Pre-Eminent" and a "Super Lawyer" in that field. Despite this, he ran recently closed his law practice to devote his professional life entirely to his art. His art has be exhibited in various shows such as the "Ten on Twenty Five" in Culver City and various exhibits at Otis College of Art and Design. 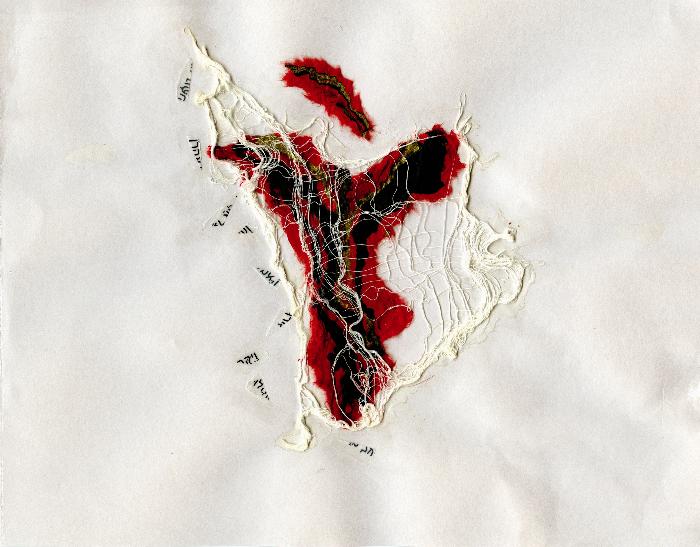 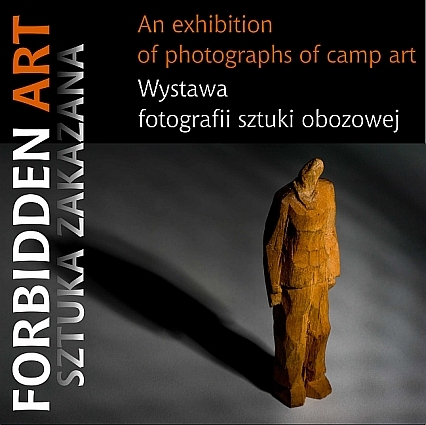 Forbidden Art is an exhibition of photographs of camp art from the collections of the Auschwitz Memorial.

The art created in the very center of the nightmare inside the Auschwitz camp is not only a unique historical document and testament to the fight for one's own humanity. It is also a record of fleeting emotions and thoughts. The work presented here serve as a lens through which it is possible to view the intimate, emotional view of the prisoner-artists and the people depicted by them.

This exhibition was made possible through the partnership of the Auschwitz-Birkenau State Museum and the Polish Mission in Orchard Lake Michigan.