“Zionism is ethnic cleansing, apartheid, and death.”
-Students for Justice in Palestine (SJP)

This Friday, National Students for Justice in Palestine will teach its members that the only Jewish state should “be destroyed, broken down, and dismantled.” 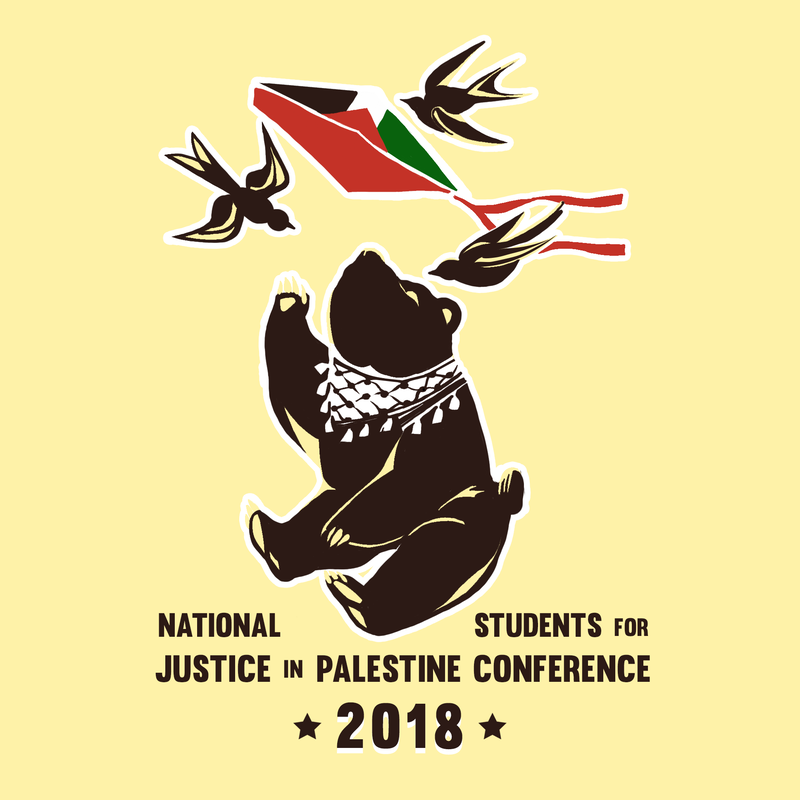 Their conference at UCLA will feature a logo of our cherished mascot flying a Hamas kite. Their leadership will promote dangerous “disruption” tactics which will continue to try to force a wedge between Jewish students and other campus communities based on the false claims about Jewish power and privilege.

In short, this conference continues to feel much more like an anti-Semitic hate fest than it does a human rights advocacy effort to help Palestinians.

At Hillel, we have approached this conference with a sophisticated, proven strategy: work directly with students. There are no more powerful, eloquent, and effective actors on a college campus than the student leaders themselves.

Hillel actively coordinates with 25+ pro-Israel organizations, serving as the hub for all off-campus partners who want to empower students to expose and combat hate and offer a productive alternative to the whole campus community.

* Exposing and combatting is being done by courageous Bruins for Israel (BFI) and Students Supporting Israel (SSI) student leaders who speak at UC Regent and Student Government meetings, file diversity complaints with UCLA’s administration, write in the DailyBruin, speak with friends and allied communities, and work with elected officials

* Better alternative programming efforts feature actual Palestinians and Israelis who are working towards a better future. We have hosted Israeli-Arab leader Mohamed Darawashe from Givat Haviva, an Imam from Hartman’s Muslim Leadership Initiative, and West Bank peace activists from the Roots project, all of whom represent NGO efforts by people living on the ground who are working towards peace together.

You can make NSJP pay a price for choosing UCLA. Support student-led programming by clicking HERE to provide students the support they need to enact 30+ programs and interventions at UCLA over six months, touching more than 10,000 students, faculty, and administrators.

These programs, in addition to UCLA specific efforts like #WeTheZionists, #ChooseLove, and Bruins for Israel Public Affairs Committee’s dinners with members of Congress, are educating the entire campus community about what Zionism really is, why students love and support Israel, why the US government has a strong strategic relationship with the Jewish homeland, and how the future can be brighter for both Israelis and Palestinians.

That’s why our students won the 2018 AIPAC Campus of the Year Award last year. It’s why 80 campuses nationally are adopting our Fact Finding trip to Israel and the PA. And it’s why students around the country are launching variations of our Israel social media campaigns.

We need your help to raise $100,000 of emergency funding to provide for additional programming and support to our students. Hillel is bearing these costs with full faith in our community that you will help us!

This is our home. That’s why we’re working so hard to keep students safe before, during, and after the conference. SJP choses to spew hate. But ultimately, that’s a losing message on a campus whose motto is about bringing more light and optimism into the world.

Thank you in advance,

P.S.  In addition to your gift, you can get the word out among your community by sharing the following:

2) Encourage high schoolers to visit, and apply to UCLA and other UC schools. Like every other top university, campus climate issues do flare up from time to time here. Nevertheless, students report feeling very safe overall (ask them!).

UCLA in particular is a great place to be a Jewish student. #1 on the West Coast and #3 in the country.

4) We worked together with StandWithUs to create this petition. Please sign it!

5) Contact UCLA administrators directly with your concerns. Some talking points:

6) While SJP is loud and caustic, that actually works against them. They are viewed by the majority of students with suspicion, and are perceived as angry and directionless. Discourage your pro-Israel friends from acting the same way. It backfires when anger turns into Islamophobia or compels groups to come to campus to yell at people. Let students do their job. They understand the culture and have crafted effective strategies. Let’s lift them up rather than undermine them.

7) Students have organized a 33-point action plan which entails extra programming occurring before, during, and after the conference (September - March). Encourage your friends to give generously to support our work!