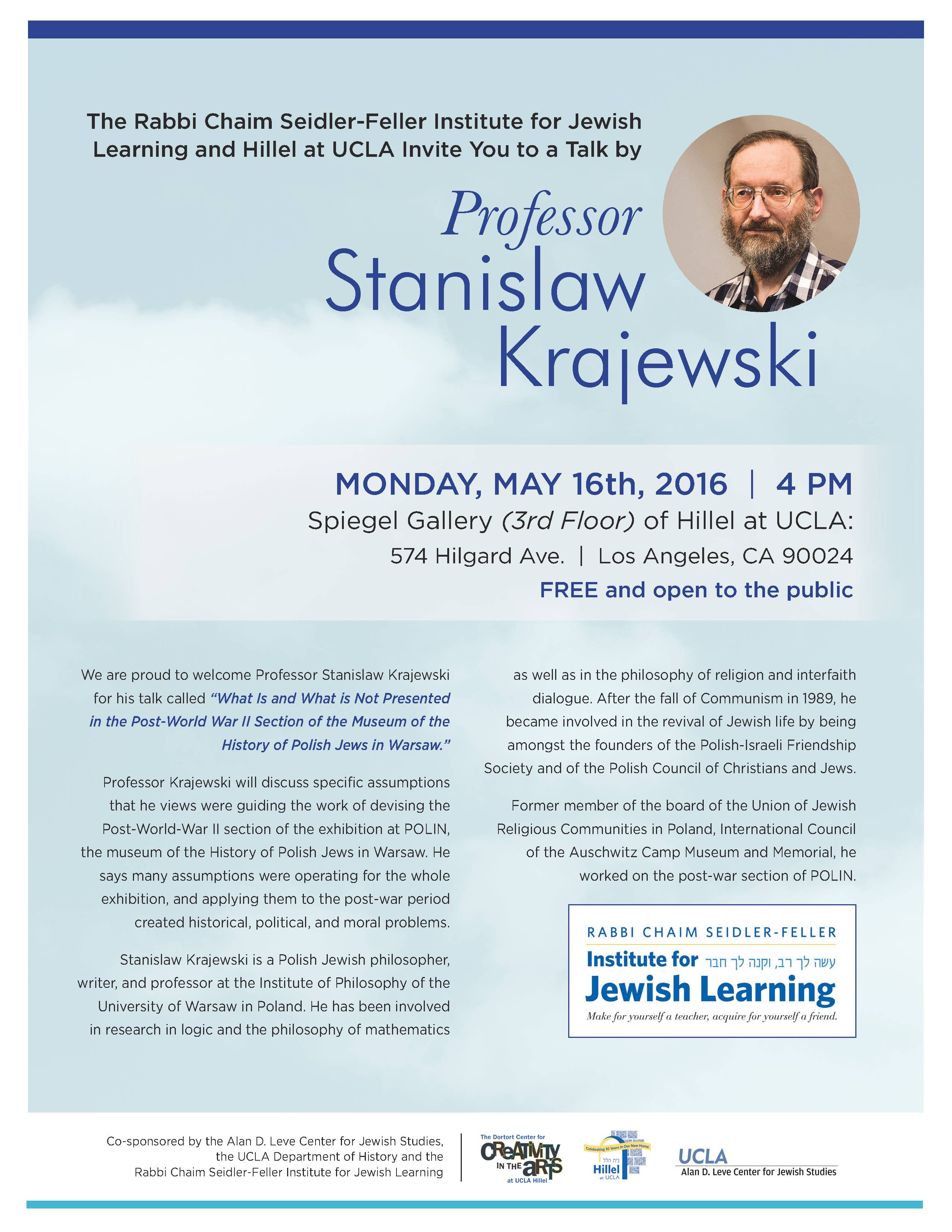 Professor Krajewski will discuss specific assumptions that he views were guiding the work of devising the Post-World-War II section of the exhibition at POLIN,

the museum of the History of Polish Jews in Warsaw. He says many assumptions were operating for the whole exhibition, and applying them to the post-war period created historical, political, and moral problems.

Co-sponsered by the Alan D. Leve Center for Jewish Studies and the UCLA Department of History.