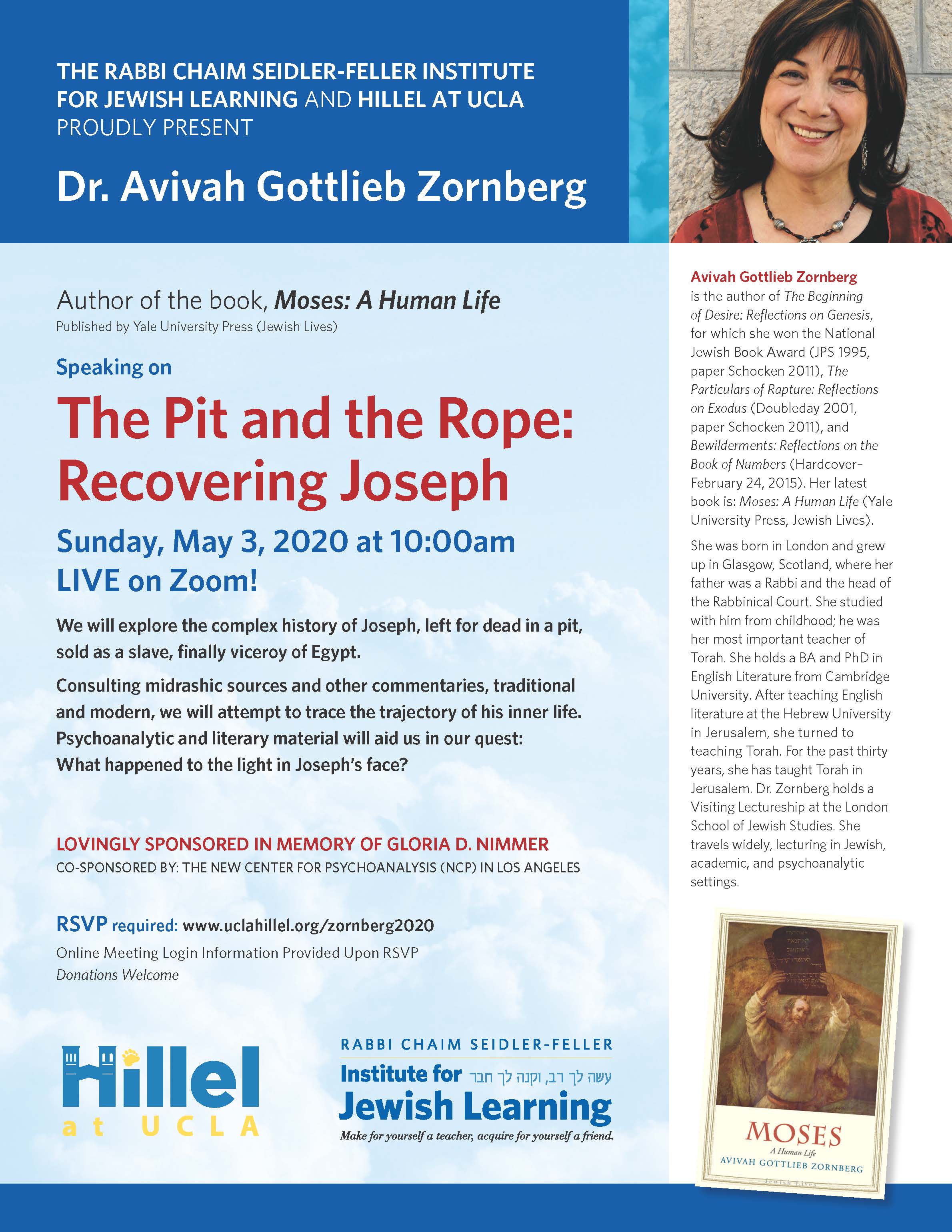 We will explore the complex history of Joseph, left for dead in a pit, sold as a slave, finally viceroy of Egypt. Consulting midrashic sources and other commentaries, traditional and modern, we will attempt to trace the trajectory of his inner life. Psychoanalytic and literary material will aid us in our quest: What happened to the light in Joseph's face?

Co-sponsored by: The New Center for Psychoanalysis (NCP) in Los Angeles
Lovingly sponsored in memory of Gloria D. Nimmer