Los Angeles based artist, Cathy Weiss was born in NYC and raised in Los Angeles. She holds a BA in Art from the University of California, Santa Cruz and received a Fellowship in Printmaking from Pratt Institute for Graduate Studies in New York. Weiss has curated and organized many exhibitions, and her work has received numerous awards and has been exhibited and collected both nationally and abroad. She has participated in residencies in Spain, Morocco, France and Mexico. Along with Weiss’ many public and community projects, the artist is also well known for her large installation pieces often done in woodcut and mixed media. Recent exhibitions include Masters of Migration, an installation at Malibu City Hall, The Key, Rota, Spain, a solo exhibition, Living in Our DNA, the Many layers of Home and Belonging, Mike Kelley Gallery, Beyond Baroque in Venice Ca. Past solo exhibitions include Love and Light at Craft Contemporary Museum in LA; Laurel Canyon, Chaparral Habitat: Native Flora and Fauna at LAX, Terminal 3 and From the Ground Up at Ontario Airport for the LA World Airports Exhibitions and Installations. A current project brings together diverse women of all ages, religions, cultures, and socio-economic status to build bridges through art. Weiss works and lives in Laurel Canyon, California. 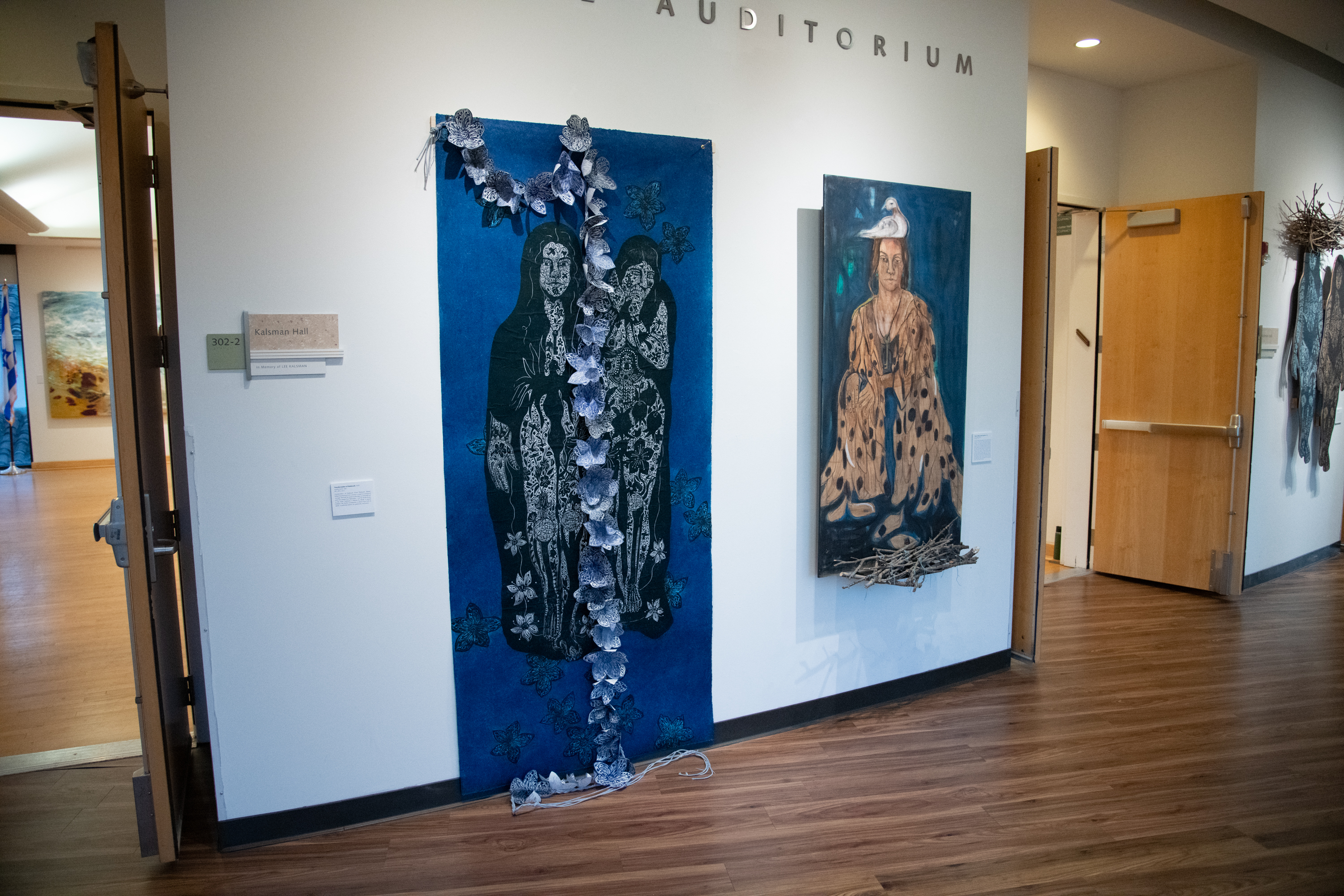 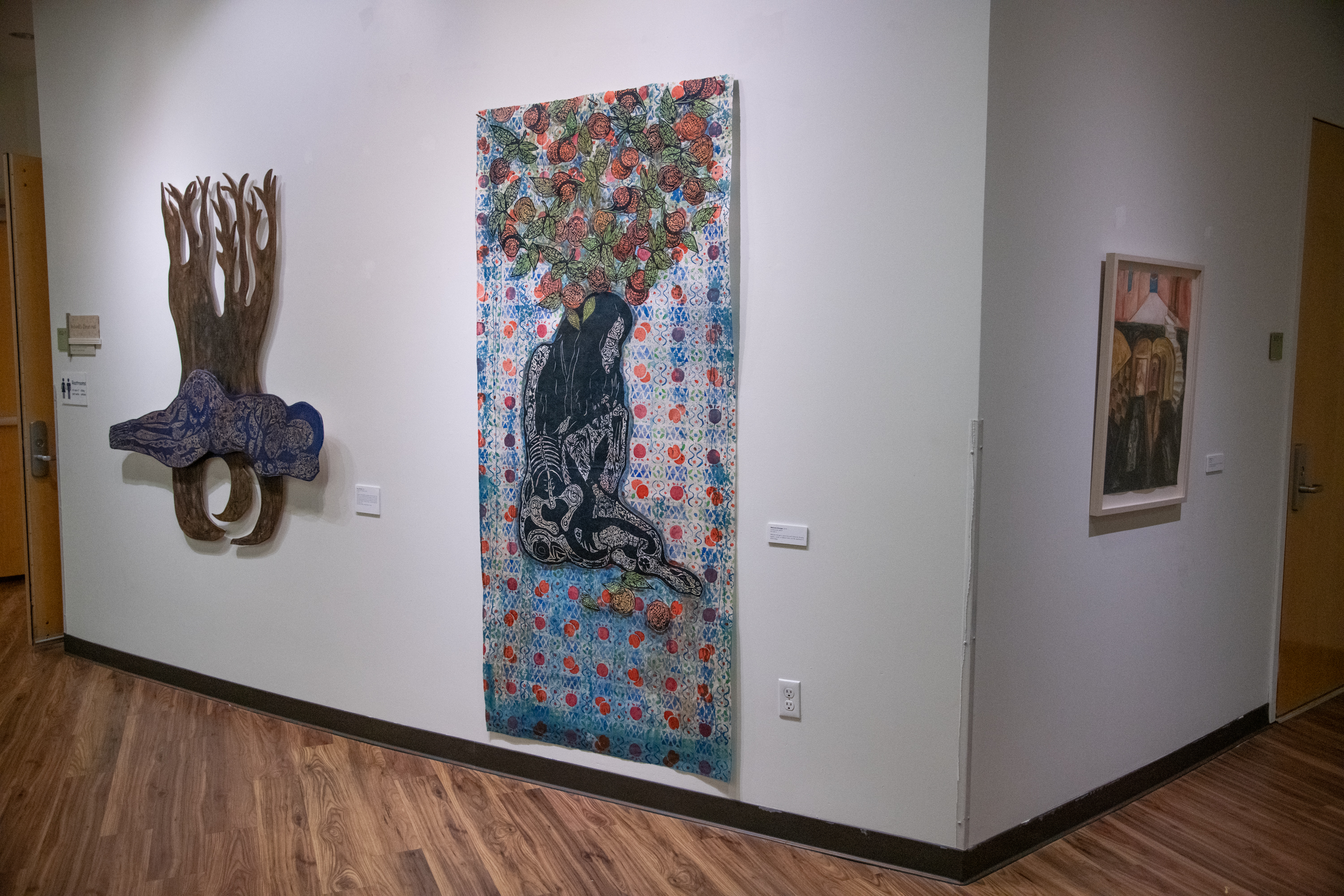 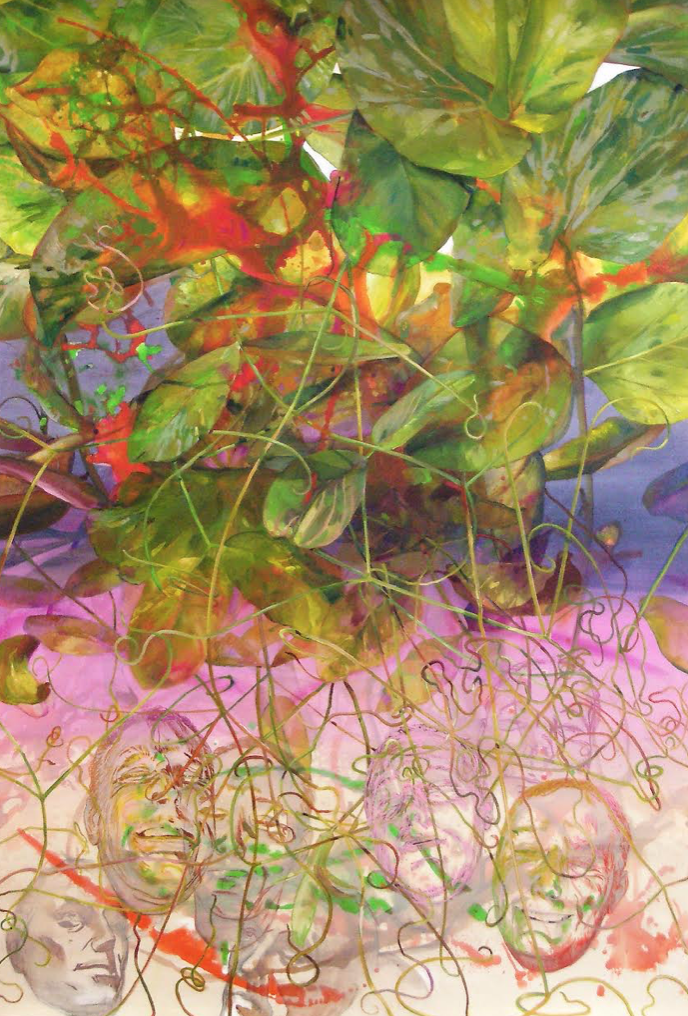 ----
Margaret Lazzari is a painter, writer, and Professor Emerita of Art at the University of Southern California. Major exhibits include Vastness, at George Billis Gallery LA (2020) and the Fresno Art Museum as Distinguished Woman Artist (2015). As half of the Lazzari and Evans Public Art Design Team, Lazzari has produced eight public commissions since 2010, dealing with the persistence of nature in urban environments. Lazzari is the sole author of Practical Handbook for the Emerging Artist (3 rd ed to be published by Thames and Hudson in 2021) and also co-author of Exploring Art: A Global, Thematic
Approach, (Cengage); and two drawing text/sketchbooks (Oxford University Press).
---- 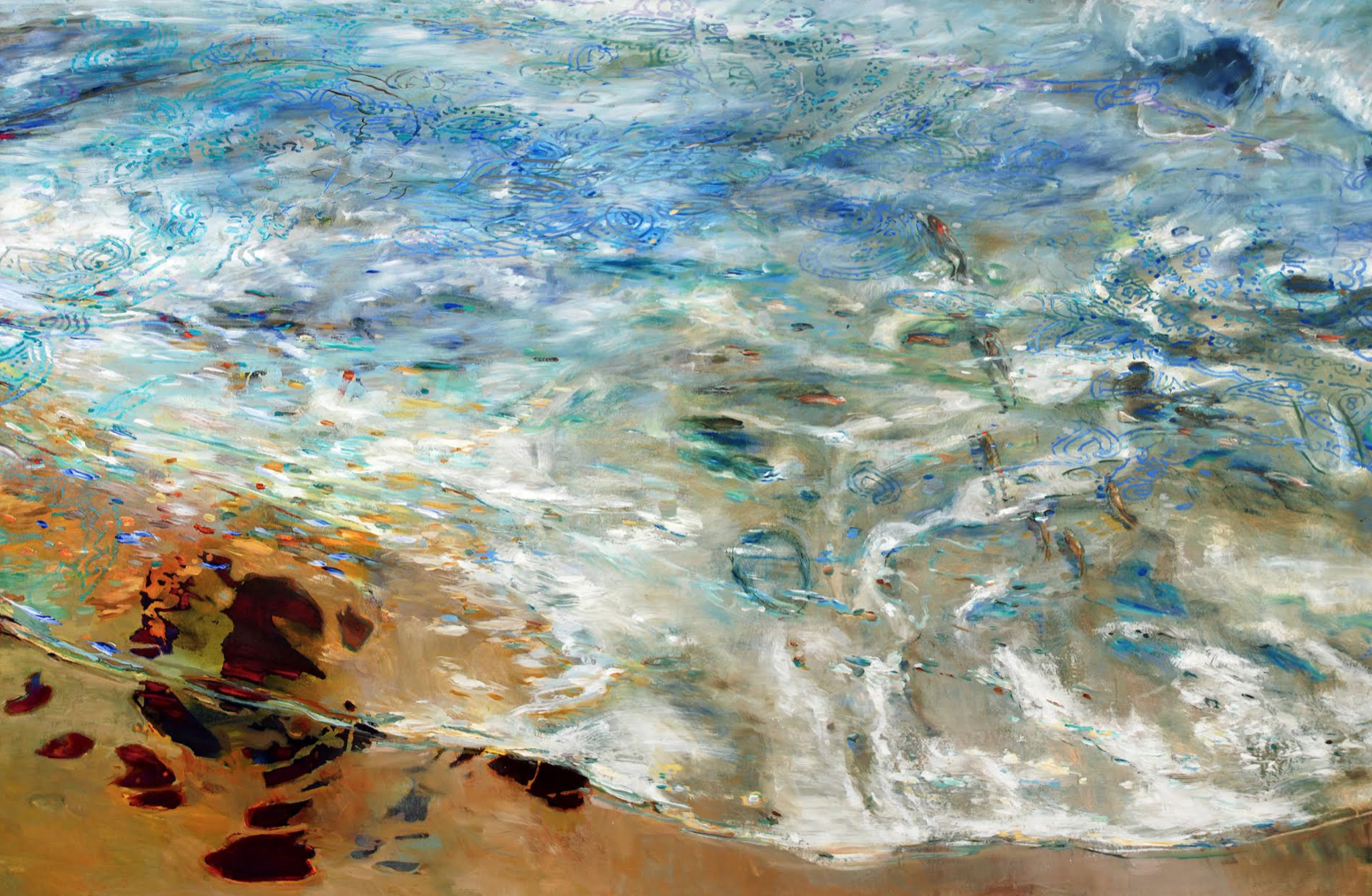 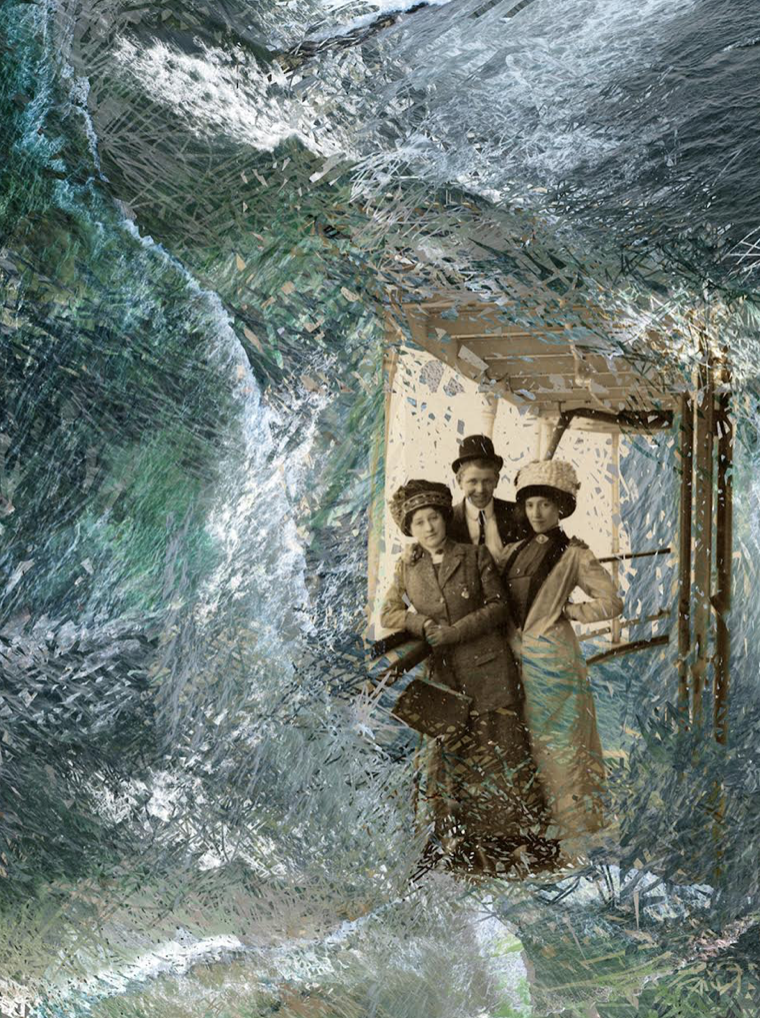 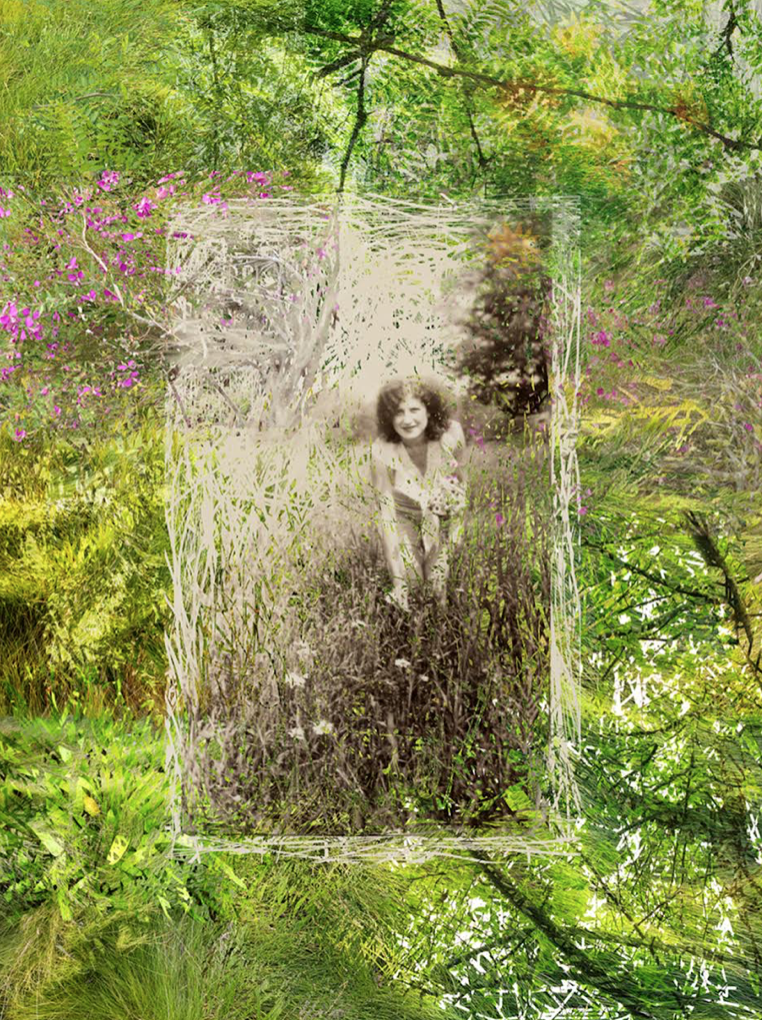 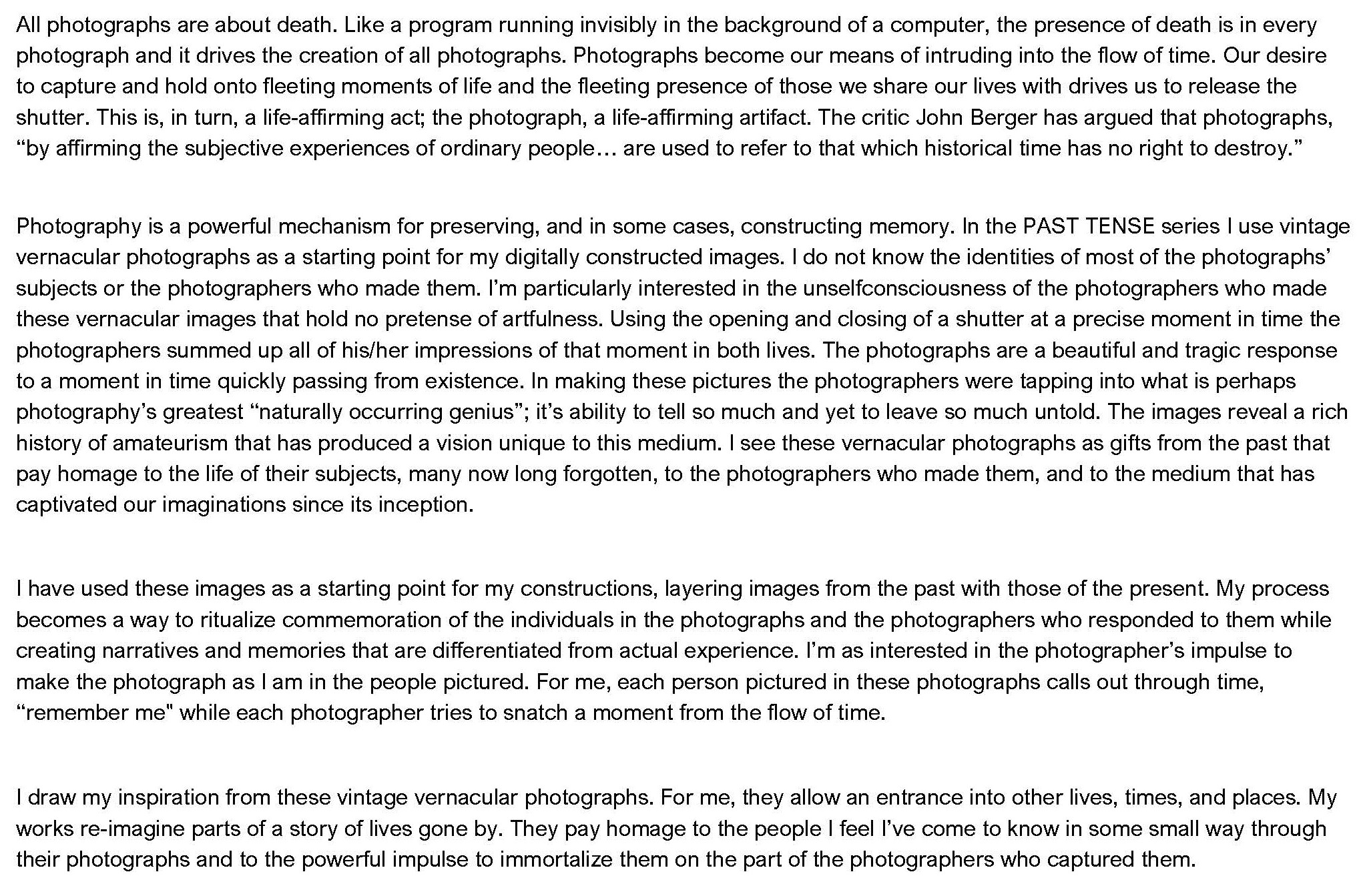 My People, is an inclusive collection of paintings of persons affiliated with Judaism. They do not necessarily share a single interpretation of what it means to be a Jew. Some of my subjects follow the strict practice of Jewish law; while others include few if any Jewish rituals in their lives. Some even may not believe in God. The strength in Judaism is that it includes all such people. Perhaps one’s identity as Jewish simply requires the minimum recognition that a peoplehood can only survive with the personal recognition that one is a Jew.

About: My training began at the San Francisco Art Institute, San Francisco, California. Jay DeFeo, Jack Jefferson and Julius Hatofsky, were among highly respected instructors who influenced me. For many years my training and interest lay dormant as I raised a family. However, I always knew it would eventually return.

When I came upon the work of Alice Neel, I immediately knew that I wanted to paint modern paintings of humanity, highlighting our asymmetrical faces and bodies. Our individual features are compelling because they are unique to each individual. I do not paint to flatter my subjects but to pay tribute to their singularity.

My People, features paintings of people with an association to Judaism. 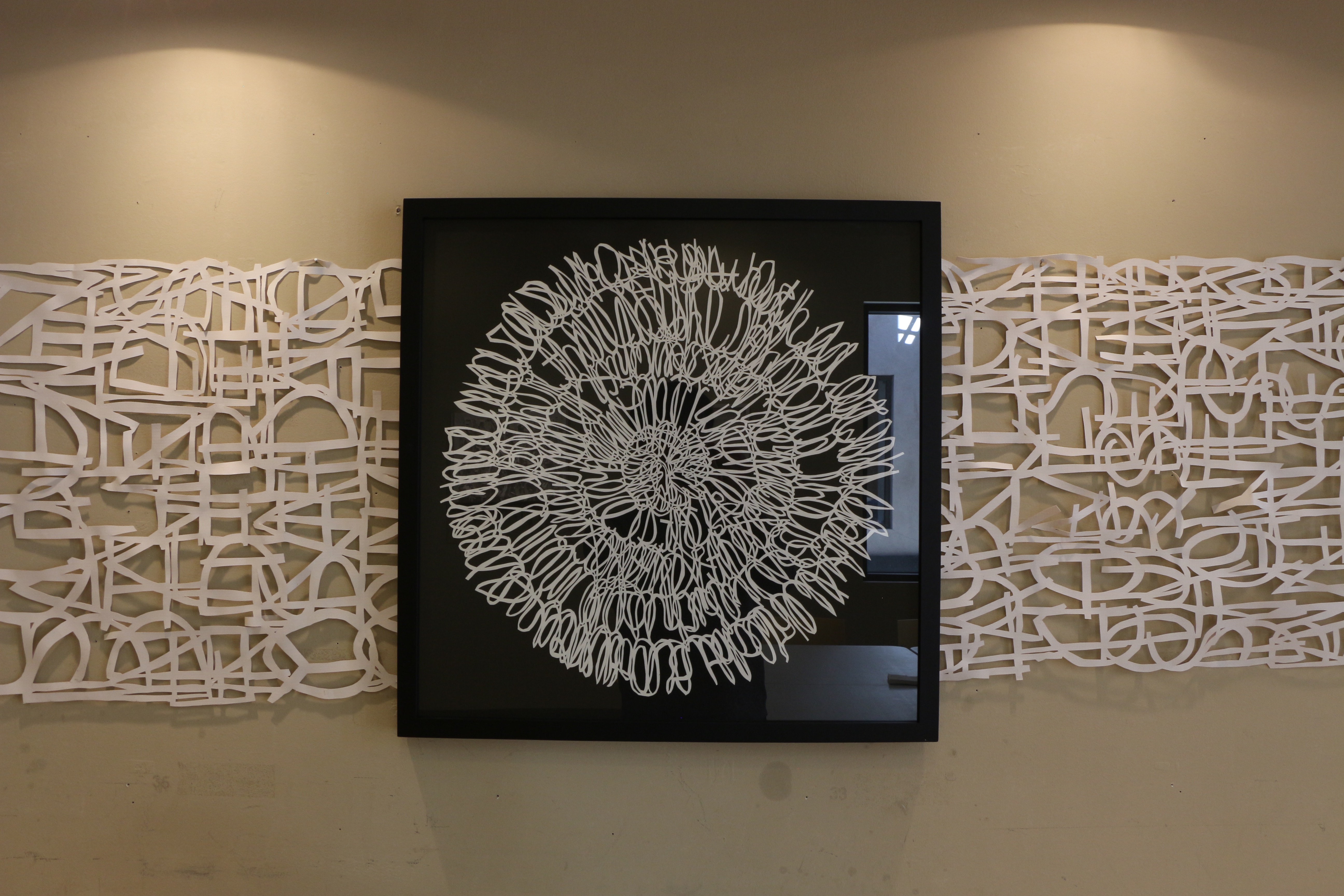 "Wherever the relevance of speech is at stake, matter become political by definition, for speech is what makes man a political being." -Hannah Arendt
New Cuts is an exhibition of flat and sculptural works created form single sheets of paper. Alternately delicate and spiked, the works are formed by overlaid matrixes of texts that are incised to obscure the original message and reveal a pattern composed of symbols. Each piece is built from statements mace during the rise of the Third Reich or the Trump Administration. Through the form of a traditional paper-cut; these loaded texts are abstracted into jagged landscapes and fragile lace.

Corrie Siegel is a Los Angeles Based multimedia artist who has exhibited nationally  and internationally. Mining individual and collective histories, she uses labor intensive approaches to occupy a position between objectivity and interpretation. Her projects have been profiled in the Los Angeles Times, Mousse Magazine, Droste Effect, and Flash Art International. Siegel is currently an Armory Fellow, she was also awarded a Word Grant, Dream Lab Fellowship, and Six Points Fellowship. She is the director of the artist-run gallery and community space Actual Size Los Angeles. Actual Size collaborates with established and emerging artists to animate the exhibition experience and engage the public. She received her BFA from Bard College and is currently pursuing a MFA with a concentration in Curatorial and Critical Studies from University of California, Irvine.

The Dortort Center Galleries are located at Hillel at UCLA. The public is invited to view our exhibits Monday through Friday from 10:00am to 4:00pm (or at other times by special request) when school is in session.